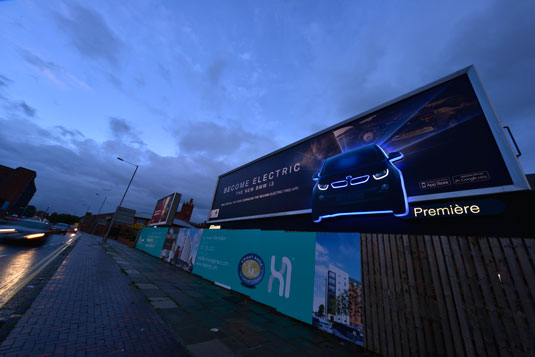 BMW i3, which is claimed to be the world’s first premium fully electric car has promoted its Out of home campaign, developed by the agency Posterscope. Posterscope’s Hyperspace division worked closely with BMW’s creative agency, WCRS, on the attention-grabbing campaign which incorporates ‘Halo’ lighting into customised billboard special builds to create an after-dark glow effect around 2D cut-outs of the i3.