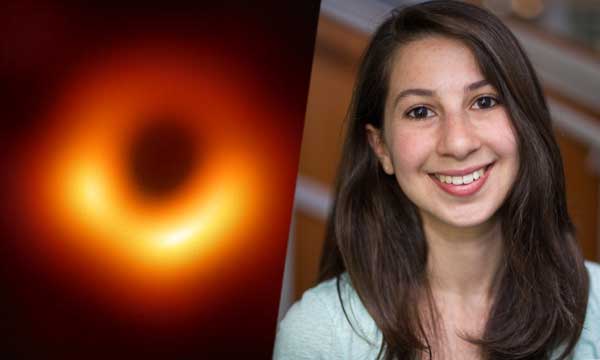 The world witnessed an astonishing discovery on Wednesday after the first-ever image of a black hole surfaced on our screens, a long-discussed celestial entity in our universe.

A team of researchers from the Event Horizon Telescope (EHT) project released their first look at the supermassive black hole at the center of galaxy Messier 87 (M87).

This awe-striking image shows a dark disc “outlined by emission from hot gas swirling around it under the influence of strong gravity near its event horizon”, according to the consortium.

The gigantic black hole is some 55 million light-years from Earth in the Virgo galaxy cluster, with a mass some 6.5 billion times that of our sun.

First ever image of a Black Hole. Located at the center of galaxy M87, the ‘Monster’ is 6.5 billion times the mass of our Sun & 500 million trillion km away from us. Einstein would be jumping in his grave! Truly a great leap for Mankind.@ehtelescope #BlackHole @NASA @ESO @isro pic.twitter.com/JRbfonV0gL

The National Science Foundation reported that they were able to create an image of a black hole by using a network of eight radio telescopes to create a virtual telescope dish as large as the Earth itself.

The woman behind this groundbreaking image is the young Computer Scientist Katie Bouman.

She outlined a plan in 2017 as a young MIT graduate student at a Ted Talk to take a picture of a black hole which was thought to be impossible back then.

Congratulations to Dr Katie Bouman!
This is the woman who created the algorithm to crunch the 5 petabytes of data from 500 kg of hard drives from 8 radio telescopes to make the first image of the #EHTBlackHole #BlackHole pic.twitter.com/wcCU1gMq3a

Her hard work and dedication finally paid off and two years later Katie Bouman and her team have validated one of the most important scientific phenomenon put forward by Albert Einstein more than a century ago.

Talking to the Guardian, the 29-year-old lady said:

We’re a melting pot of astronomers, physicists, mathematicians and engineers, and that’s what it took to achieve something once thought impossible.

Black holes are enormous entities that exert vicious gravitational fields that no matter or light can escape, the reason why they are so difficult to be observed.

The scientists looked for a ring of light – super-heated disrupted matter and radiation circling at tremendous speed at the edge of the event horizon-around a region of darkness representing the actual black hole known as the black hole’s shadow or silhouette.

Katie Bouman revealed in 2016 that the key was to use radio waves. She said:

Radio wavelengths come with a lot of advantages. Just like how radio frequencies will go through walls, they pierce through galactic dust.

We would never be able to see into the centre of our galaxy in visible wavelengths because there’s too much stuff in between.

According to the Huffington Post, Bouman developed a new algorithm to stitch together data collected from radio telescopes around the world, effectively turning the entire planet into a large satellite dish in an endeavor called the Event Horizon Telescope (EHT) project.

This required a lot of data and the picture of Katie Bouman with her awesome stack of hard drives in making rounds on the internet!

These hard drives contain all the data that was then turned into a coherent image through Bouman’s algorithm leading to this thrilling moment in the history of the scientific world!