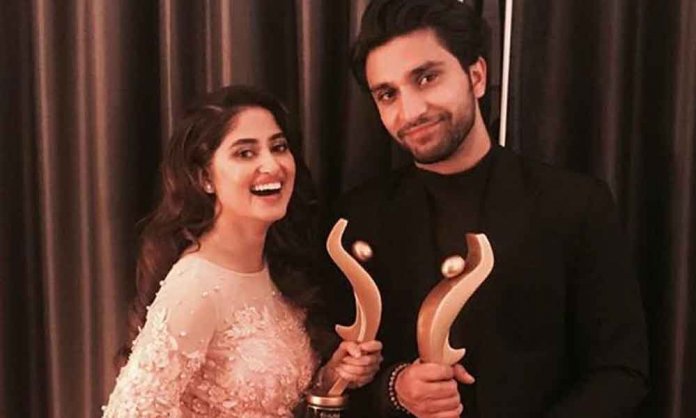 International online publication, BizAsia has revealed the nominations for its first-ever Awards titled BizAsia Online Awards which will recognize and honor the exceptional work of extraordinary positive role models in Asia.

As soon as the announcement was made by the website, fans started to submit their favorite celebrities and prayed for them to win.

After receiving thousands of entries, BizAsia revealed 14 categories of the awards and unveiled the shortlisted celebrities to vote.

However, the majority of nominees are Indian, it is so good to see that a few Pakistanis have also been nominated and receive international recognition for their work.

One of the most loved Pakistani couples Ahad Raza Mir and Sajal Aly was nominated under the category of Best TV Couple for their on-going drama Aangan.

That is not it, two Pakistani channels Hum TV and Geo TV are nominated for Best TV Channels.

The voting process will continue until Sunday 31st March 2019 and now we just cannot wait for the results.

The article was first released on Very Filmi.