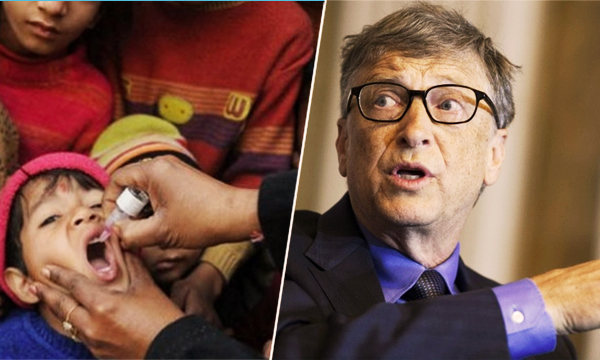 Bill Gates said Wednesday that “with any luck” polio will be eradicated by 2017 in the last two countries where it remains active, Pakistan and Afghanistan.

The Microsoft founder, who has donated billions to fight global diseases, was speaking in Doha at the official announcement of a $50 million donation from Qatar to “The Lives and Livelihood Fund”.

This is a partnership fund between the Bill and Melinda Gates Foundation and the Islamic Development Bank (IDB), who together have been working to try to eradicate diseases, including polio, since 2012. “There’s very few cases left, just two countries at this point, Pakistan, and Afghanistan, and with any luck either this year or next year we will have the last cases of those,” Gates said.

Pakistan has already made it an official target to rid the country of polio — an infectious viral disease resulting in muscle damage — in 2016 though there have already been eight recorded cases so far this year.

Although these are the two countries where the disease remains endemic, the Global Polio Eradication Initiative calculates eight countries are “vulnerable” to the virus, including Cameroon, South Sudan, and Syria.

The billionaire, who is the world’s richest man according to Forbes, is also well-known for his work in trying to combat malaria.

Earlier this year he announced the launch of a $4 billion fund to help eradicate malaria, which he called the “world’s biggest killer”.

The donation he received in Doha will go towards a fund seeking to provide affordable financing for the 30 least-wealthy countries among IDB members.

It aims to ease the burden for some of the world’s poorest people through grants and Sharia-compliant loans.

Gates said the injection of cash from Qatar will enable the fund to begin its work.

“This is a great milestone for helping the poorest,” he said. “Qatar has always been very generous as a donor.”

In total, the fund is trying to raise $2.5 billion.

The money has been donated by Doha through the Qatar Development Fund (QDF), a public body which distributes foreign aid.

“We aim at launching several projects in the health sector, which will improve the quality of life for millions of people across the Muslim world,” he said.

“We try as much as we can to help the countries that suffers from conflicts depending on conditions,” he said.

“If the conditions allow us to work, the Bank works.”

Gwadar Port To Be Operational By 2017