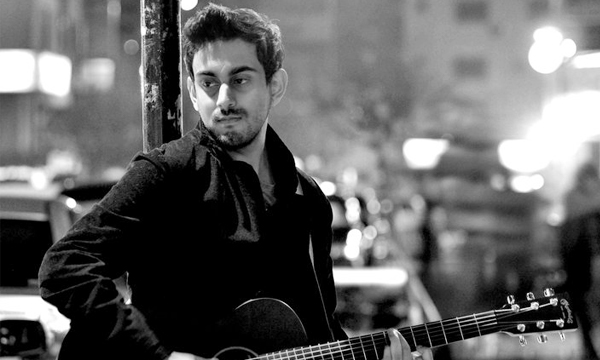 On Sunday night, popular Pakistani singer Bilal Khan took over the 229 The Venue in London to do a special concert with proceeds of the concert going to the Edhi Foundation.

Bilal who has a personal history with the organization, was there in London to  perform at a few concerts when the opportunity for a fundraiser arose. “I have always supported Edhi [Foundation] in my personal capacity and I am inspired by the work that they do.”

“I was here to perform a few concerts and the opportunity to do a fundraiser concert for Edhi organization came up. I had to do it as for me helping an organization like Edhi with whatever little I can with my music is extremely important,” Bilal said while talking a news website.Bilal Khan, who started his singing career while still studying at LUMS, gained fame through his breakthrough hit ‘Bachana’ and several ‘Coke Studio’ performances while bagging 2 Hum Awards in the process.

Bilal Khan, who started his singing career while still studying at LUMS, gained fame through his breakthrough hit ‘Bachana’ and several ‘Coke Studio’ performances while bagging 2 Hum Awards in the process.

Performing songs from his top selling records, “Bachana”, “Tou Kia Hua”, “Larho Mujhey”, ” Taaray”, “Dekha Na Tha” and “Mata e Jaan”, all the profits from the night’s event were to be donated to the Edhi Foundation.

@bilalkhan is performing in London tonight. All proceeds will go to Eidi Foundation. Ultimate respect!

According to the singer, they were able to raise more than £2000 with the event.

“This was an official Edhi backed concert. People from Edhi organization were there themselves and all the money went straight to them,” he added.

Talking about the show in general, Bilal said that it was one of the best performances he had given in a long time and the crowd was an absolute pleasure to play for.

“There were all sorts of people in the audience and not just Pakistanis. I had a fan from South Korea who later messaged us telling us about her great experience at the show”, he added.

When asked what his plans for the future were, Bilal had this to say, “I am in London till August 10th performing a lot of shows here. One of my English songs ‘Save Me’ has become a viral hit globally so I am out promoting here. I am extremely happy to have helped an organization like Edhi.”