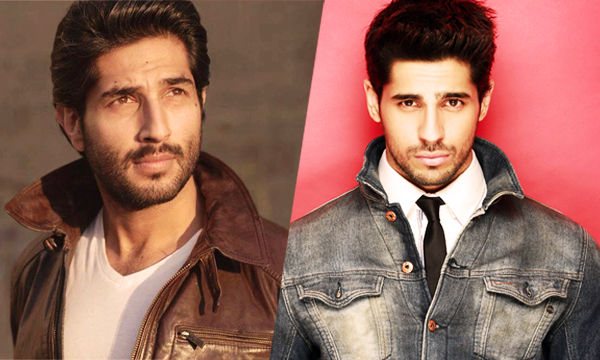 The dimpled heartthrob of the Pakistani media industry, Bilal Ashraf has already proved his mettle by roping in 5 movie projects like Yalghaar, Reham Khan’s Janaan, War 2, Jhol and Two plus Two.

The sheer resemblance with the chocolate boy of Bollywood Sidharth Malhotra is just stunning; sporting cute dimples and charming looks, Bilal Ashraf is  likely to rule over many hearts!

Bilal graduated from Franklin & Marshall with double majors in Finance and Arts and minor in Psychology. Moving on to his professional life, the actor started his career as a fund consultant in New York. Soon the actor shifted his scope towards visual effects and animation for which he moved to London.

Do you guys see the resemblance or is it just me? After completing his majors, Bilal moved to Pakistan and started working in The Radical Films Studio where he shot commercials and documentaries.

In 2013, Bilal was chosen for his first debut as a supporting actor in Zeba Bakhtiar’s film Operation 021 alongside Gohar Rasheed and Ayaz Samoo.

Later, Hasan Waqas Rana cast Bilal as the lead actor in his project Waar 2 and Yalghaar; he is also the visual effects director of Yalghaar.  Another project of the talented hero includes Delta Echo Foxtrot’ (DEF), which is sponsored and directed by the ARY Digital films.

Finally a great journey comes to an end! #janaan is a wrap. Don't have enough words to describe this wonderful experience. Thank you Imran Kami, Azfar Jafri, Hareem Farooq and Reham Khan for believing in me and making me part of this amazing film. @officialrehamkhan @hareemfarooq @jafriazfar @imranrazakazmi #ashrafbilal #bilalashraf #janaan #irkfilms

His latest debut in the Pakistani Industry includes Two+Two opposite Urwa Hocane.

The actor loves to dance! Bilal, along with his friends had uploaded some crazy dance videos on YouTube with the name Masala Boys- that’s how the actor got recognized by Zeba Bakhtiar for his first debut in O21.

Currently, the actor has signed another contract along with Gohar Rasheed. Not much has been revealed about the plot of the movie but Gohar gave a slight indication that the movie will be a great roller coaster ride with pure Pakistani content.

Check out the hunk Bilal Ashraf in his upcoming TVC below:

Acting is all about dedication. It's extremely demanding to jump from one role into the other. After the first spell of #JANAAN getting ready for the last spell of #YALGHAAR and the final spell of JANAAN with a complete body transformation. This journey would not have been possible without my trainer Hassaan Mahmood at Metroflex Islamabad Like he says "Dedication is a lifestyle not an option" Let's see how we transform my physique! Time to change the game and take Pakistan Cinema to the next level Inshallah!!! #ashrafbilal @alirehmankhan @armeenakhanofficial @rehamkhan1 #metroflex #gym

Janaan to be Released Internationally By B4U on Eid-ul-Azha