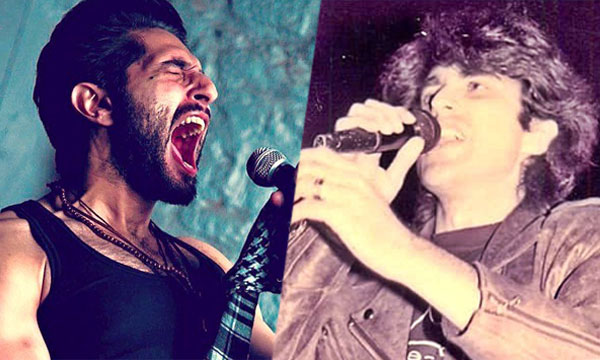 Handsome Hunk Bilal Ashraf is all geared up for his upcoming film Rangreza where he plays a musician who falls in love and life changes for the better.

He has been paired with Urwa Hocane in the movie while Alizeh Gabol and Ghana Ali also play important characters. However, Bilal Ashraf isn’t passionate about the ladies or his co-star Gohar Rasheed as he is about his inspiration.

In an exclusive chat with Very Filmi, the He-Man of Pakistan films dedicates his concert performances and mannerisms to the one and only Junaid Jamshed, the former lead singer of Vital Signs who passed away last year in a tragic air crash.

Bilal says that Junaid Jamshed would have been proud of his performance had he been alive because he has been amongst the many people he studied in order to prepare for the role.

‘I have never worked this hard on any of my characters and in order to understand the mannerisms of a lead vocalist, I studied a lot of people including Junaid bhai. He had been an inspiration to all of us because most of us grew in the same era known as the Era of Vital Sign.

It would have been great had he been alive and commented on my performance in his usual style but that’s something that wasn’t meant to be. He may have left us but it is up to us to carry his legacy forward and I dedicate this performance of mine to him. Junaid bhai, this one is for you!’

Rangreza has been directed by Aamir Mohiuddin and is all set to release worldwide on 21st December 2017. B4U is releasing the flick in most part of the world while Distribution Club is the local distribution partner along with ARY Films.