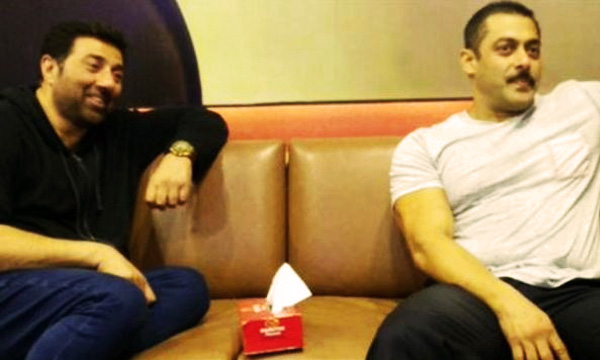 The fights on the controversial show, Big Boss are all real and now Sunny Deol can vouch for the fact. The actor was all set to enter the Big Boss 9 house on Sunday for the promotions of his upcoming movie Ghayal Once Again; however he failed to do so because of a massive fight between the show’s contestants.

The actor reached the sets of Bigg Boss 9 in Lonavala at 4 pm on Sunday; he was welcomed by the host of the show, Salman Khan and both the actors had lunch together; Sunny Deol was then asked to wait in the vanity van until the situation cleared up for him to enter the house.

He also shared the exciting remarks of his visit to the set of Big Boss 9 on Twitter!

The actor left the sets of Big Boss 9 at 11 pm, after a prolonged wait of 7 hours. The actor is expected to visit again next weekend for the promotion of his upcoming film Ghayal Once Again.

On the other hand, a report in the Mumbai tabloid Mid-day claimed that the delay was caused because of the celebration of Salman Khan’s birthday inside the house.

Check out the movie trailer below:

Ghayal Once Again is an upcoming film of Sunny Deol, both written and directed by him. The movie will hit the screens on January 15th, 2016.