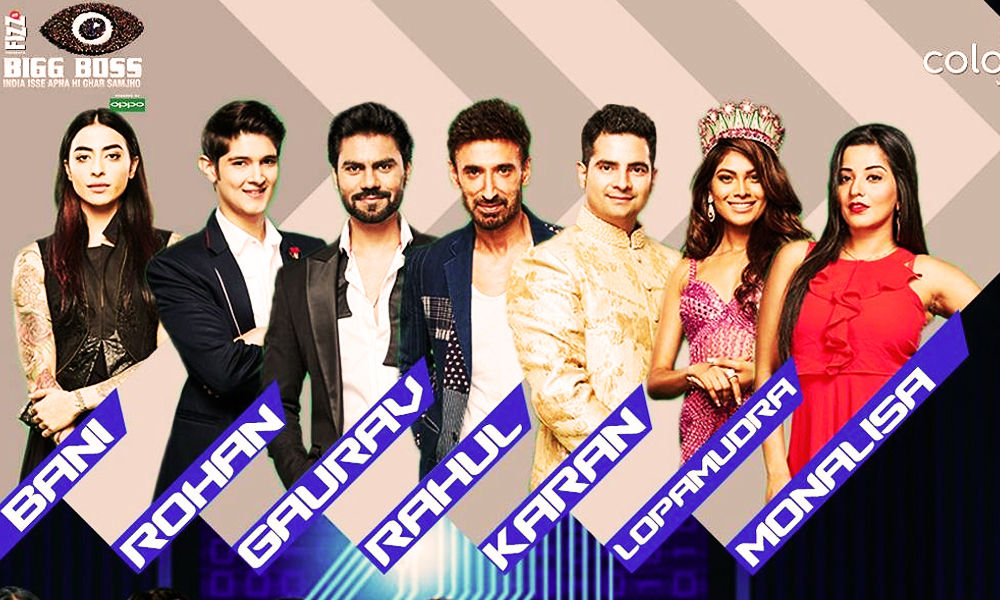 The controversial Indian reality TV show, Bigg Boss has started on Colors TV. There is a new format implemented this time around to spice things up a bit and tap into the larger audience share- non-celebrity contestants have been roped in along with celebrities in the show, this time around.

As always, celebrities who were to showcase were being kept under the wraps, however, the official announcement was made this Sunday. There are 7 celebrities and 8 commoners from the general public. Check out the list of Bigg Boss 10 celebrity contestants below:

Popular as VJ Bani, hails from Chandigarh. She was a part of MTV Roadies and is expected to generate quite the unrest in the house.

The talented actor of ‘Yeh Rishta Kiya Kehlata Hai’ fame will also be participating in the show.

We have a dashing eligible bachelor, Rohan Mehra in #BB10! He is surely here to stay! #Biggboss10 #Biggboss

The TV heart-throb Karan Mehra is set to rule our hearts and probably the #BB10 house too! Are you thrilled to watch his journey? #biggboss10 #Biggboss

Gaurav Chopra rose to fame with Nach Baliye 2 and Zara Nachke Dikha. He has also acted in the Hollywood flick Blood Diamond.

Gaurav Chopra says he is here to win everyone's dil. Wishing our next contestant all the love & luck. #BB10 #biggboss10 #Biggboss

The former model and actor is known for his negative roles.

@RahulDevofficial has won our hearts as a negative lead. Do you think he'd be a hero in the #BB10 house though? #Biggboss10 #Biggboss

Lopamudra was a participant of the Miss United Continents 2016 pageant.   She is an Indian model from Nagpur, Maharashtra.

Presenting to you the 1st celebrity contestant; the very ravishing Lopamudra Raut in the #BB10 house! #biggboss10 #Biggboss

Antara Biswas aka Mona Lisa, is a sensation in the Bhojpuri film industry. Do you think #BB10 contestants will welcome her with open arms? #biggboss10 #Biggboss

Seems like Bigg Boss is going to be really interesting this time around! Watch the show every day on Colors TV.

This pretty mother is here to stay! Do you think she is the most interesting contestants in #BB10 #PriyankaJagga #BiggBoss10 #Biggboss

Everyone has a story, you most definitely want to know hers. Akanksha Sharma's journey in the #BB10 house has begun. #Akanshasharma #Biggboss10 #Biggboss

The @priyankachopra fan is a hardcore #Delhite! Get set to welcome our next contestant Lokesh Kumari Sharma. #BB10 #Biggboss10 #Biggboss #Lokeshkumari

Please welcome contestant no. 4 Nitibha Kaul in the #BB10 house! Like if you're excited to see her journey in the house! #Nitibhakaul #Biggboss10 #Biggboss

Put your hands together for contestant no. 3, desi Dabangg, Manveer Gurjar, in the #BB10 house! #ManveerGurjar #Biggboss10 #Biggboss

Will Naveen Prakash teach lessons to #BB10 contestants or will he learn some in the Bigg Boss House. We wish him all the best! #NavinPrakash #Biggboss10 #Biggboss

What do you think of the celebrities and the new format this time around? Let us know in the comments below.

Stay tuned to Bransynario for more updates on Bigg Boss 10!