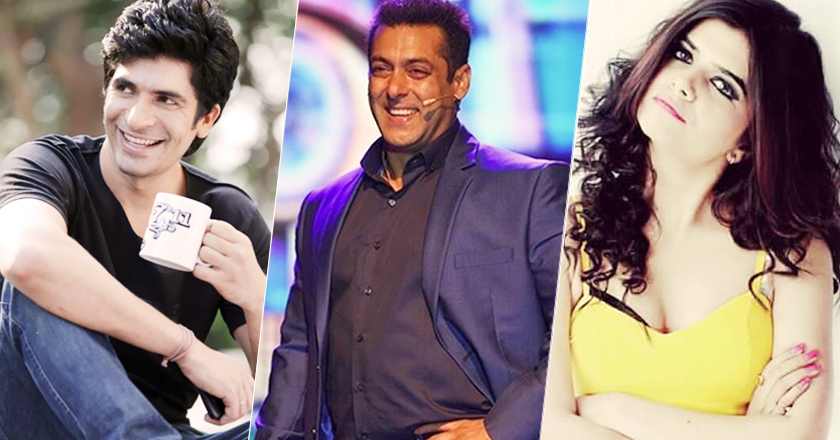 Just a week left to the launch of Bigg Boss 10! One of the most popular Indian reality TV shows is all set to hit our TV screens on 16th October at 8.30 PM (PST) on Colors TV and fans are more than excited! The show is no longer a clash of celebrities but a clash between the common people and the celebrities; 13 common people have been shortlisted for the season.

13 members from the general public have been selected via auditions out of whom a few will be selected through a poll for a final entry in the controversial show. The audience will be deciding their fate. Check out the 13 contestants who will now compete to get the final entry inside the house:

Kajol is a 23-year-old actress from Mumbai who is also a Youtuber. She likes to dance, sleep and talk!

Actor and singer by profession, Feroze Khan is a 27-year-old male from Mumbai. He loves rafting, cycling, bungee jumping etc.

The 39-year-old actor hails from Delhi. Lokesh is 25 and belongs to Delhi. She loves to dance, sing, and eat. Mandira is a radio programming professional from Pune- she loves house parties and road trips. Priyanka is a 32-year-old recruiter from Delhi. A teacher from Bihar, Naveen is a 26-year-old Leo who loves to write, read and listen to songs. Three confirmed contestants for Bigg Boss 10 were previously announced by Raj Nayak, the CEO of Colors channel on Twitter. He shared three really interesting videos on his Twitter.

The reason behind the show’s anticipation this time around is how common people will be participating along with celebrities on the show.

The first promo showcases a young girl from Kashmir who promises to be a go-getter. The other promo reveals how a Swamiji will also be a part of Bigg Boss 10. While the third promo unveils a desi young guy standing in a village on a tractor and a motorbike.

Celebrities like Rohan Mehra, Karan Mehra, Nikita Dutta, Bani J have all been mentioned in the show teasers below. There are 6 celebrity contestants in the show and 8 common people.

According to Salman Khan, this will be one of the most challenging seasons! What do you think of the new format of Big Boss 10? Let us know in the comments below.