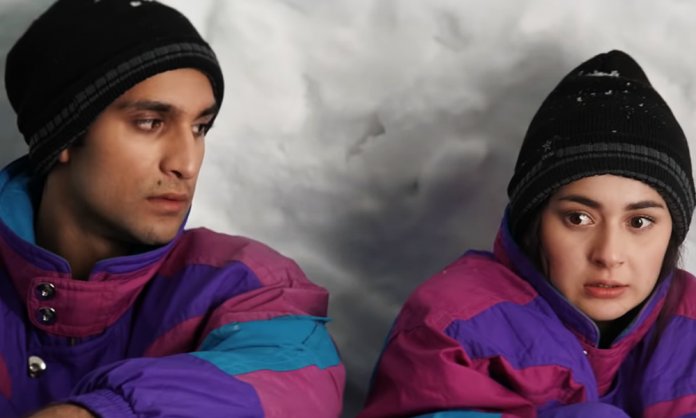 The much-awaited song ‘Bhulleya’ from the upcoming movie Parwaaz Hai Junoon is out and we are absolutely loving it.

The talented singer Mustehsan Khan has lent his voice for this song which is penned by Shakeel Sohail and composed by Azaan Sami Khan.

This new track is surely an eye-candy for all the Air Force personnel and the Patriots.

This song ‘Bulleya’ shows some intense training routines for the Air Force cadets and the struggle they go through to become the part of it.

Showing some glimpses of the heartthrobs Ahad Raza Mir and Hania Aamir in the song, we are getting some major goosebumps from it. You can also see Mustafa Changezi, Syed Shafaat Ali and others in the song where you can see planes flying and cadets travelling through picturesque locations.

We have already fallen in love with this song!

This upcoming movie Parwaaz Hai Junoon is penned by ace-writer Farhat Ishtiaq and is directed by Haseeb Hasan. The flick is produced under the banner of Momina & Duraid Films and will be released in collaboration with Hum Films this Eid ul Azha.

Did you like the song? Let us know in the comments section below.