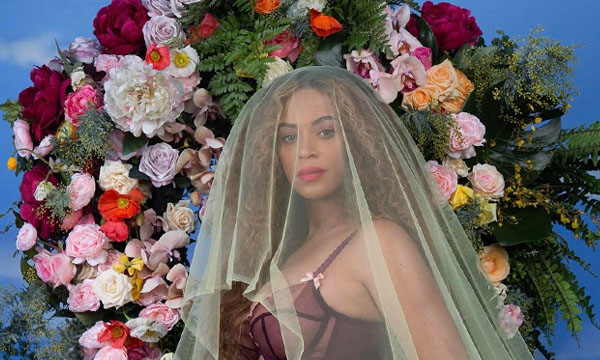 Everyone thought the world was going to hell. Donald Trump was sworn in as President. All the women and many men took part in the ‘Women’s March’ protest against him. Muslims from seven different countries and refugees were barred from entering the USA. The future looked very gloomy. Then Beyonce announced she was expecting twins and everything became well with the world again.

The above gif has been included for all those who cannot sense the sarcasm in the opening paragraph. Moving on, Beyonce shared the news of her expecting twins yesterday on Instagram. Within hours it became the most liked post on Instagram, driving the Kardashians mad with envy. We wouldn’t be too surprised if one of the sisters decide to pop out triplets in reply.

As mentioned above, people are really going insane over the news that Beyonce is expecting twins. Let’s take a look at some of the funniest memes circulating on the internet.

People think Beyonce is a goddess. She is beautiful beyond imagination. So much so that we forget she’s married to JayZ and the kids will probably look a little if not completely like him.

Shut it down @Twitter SHUT IT DOWN RIGHT NOW #beyoncetwins pic.twitter.com/efOzqz5tcQ

Many people have already tried recreating the image that earned over 7million likes on Instagram.

We would like to share our love and happiness. We have been blessed two times over. We are incredibly grateful that our family will be growing by two, and we thank you for your well wishes. – The Carters

It's weird. Some @beyonce chick and I must have had the same idea for a photo shoot today…🙄 #beyoncetwins #Beyonce pic.twitter.com/h3Z2LOsS9D

Then this sad realization hits us all. The babies aren’t even born yet and already are richer and more successful than most of us.

Beyonce's unborn twins already have more money and success than I'll have in my entire life. #beyonceispregnant #beyoncetwins

Some facts to put things in perspective.

Sad that there are more black people in Beyoncé right now, than in Trumps entire cabinet team.

If Trump was mad about the Women's March getting more attention than him he's really gonna be pissed about Beyoncé's pregnancy.

Thank you @Beyonce for briefly displacing trump stories in my feed

Who made this?! 😂
Blue Ivy? More like #GreenIvy!#beyonceispregnant #twins pic.twitter.com/ztclSX8e1s

Some questioned if Beyonce will now be known as Bey-twice.

The world is burning and Beyonce's response is: MAKE TWO MORE BEYONCES

Many wondered what Beyonce’s appearance at Coachella will be like.

Beyonce handing the Coachella people her doctors note to not perform pic.twitter.com/8V51PynB7P

Many people were not impressed.

Why are people even bothered that #beyonceispregnant ….how does it even impact your life #DoYouEvenKnowHer #beyonce #hype

Whether you are one of the rejoicers or the naysayers, you have to admit, the news that Beyonce is expecting twins has made quite an impact. One thing is for certain, once Beyonce has the twins, we will see this happening a lot.

If you came across a funny meme, share with us in the comments below.