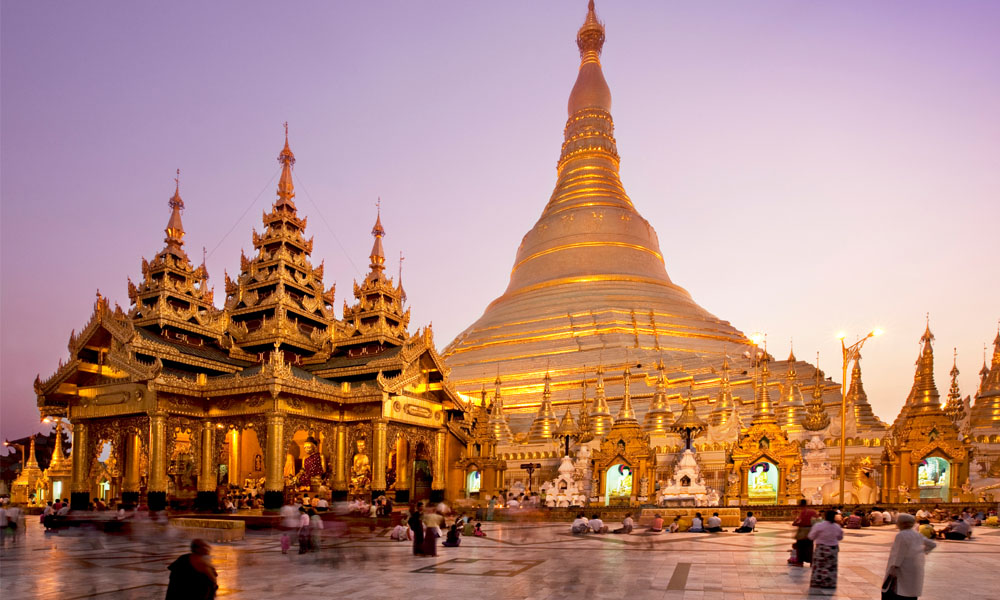 The fact that trips to long-haul destinations have become increasingly popular is good news for tourist destinations that have opened up to the outside world. Myanmar (also known as Burma) is a case in point. Here is a lowdown on what first-time visitors should see in the birthplace of Aung San Suu Kyi.

The most populated city in the country, Yangon lost its title as the nation’s official capital in 2005 to Naypyidaw. While vestiges of its colonial past add to the atmosphere of the city, there is also evidence of the transition to modernity with its fashionable luxury hotels and restaurants. Travelers seeking authenticity should visit the Shwedagon Pagoda, the most sacred Buddhist sanctuary in the country. Its 99-meter-high golden stupa (Buddhist religious monument) is a major landmark in the city. Fans of photography will enjoy the light at sunset which gives beautiful colorful images of the monument.

Understand Burmese religious devotion at the Snake Monastery in Bago

Ninety percent of Myanmar’s population is Buddhist. Religion and philosophy are omnipresent in the country, particularly via the imposing golden stupas dotted across its landscape. There are so many of them that there is no official total number. In any case, Myanmar is the country with the highest number of them. In Bago, the former capital of the Mon kingdom, the Shwemawdaw Pagoda was built to house relics of the Buddha. While its golden stupa, the highest in Myanmar, is a must-see for tourists, the Burmese devotion to Buddhist principles can be even better understood at the Snake Monastery. Its legendary occupant is none other than a nine-meter-long python into which a revered monk of the Shan Hills is said to have been reincarnated. The snake is thought to be 110 years old. Every day, pilgrims leave offerings of money or food on its body. Sometimes, visitors are allowed to touch it.

Photograph the Buddha in many forms

Myanmar is an ideal location for photography-based vacations. Photographers can immortalize the Buddha in many forms, from the north and the border with China to the Andaman Sea in the south. His mystical presence takes the form of sculptures in various positions, each of which have a particular meaning. Like the Wat Pho in Bangkok, a reclining Buddha impresses visitors to the Chauk Htat Gyi Pagoda in Yangon. Others, including one dating from tenth century, can be found in Bago. They face the four cardinal directions at the Kyaik Pun Pagoda. Myanmar is home to the largest reclining Buddha in the world, close to Mawlamyine, in the southeast. It is even possible to visit the Buddha with glasses at the Shwe Myet Man Pagoda in Shwedaung.

Immerse yourself in Burmese history

History buffs should head to the center of Myanmar. First stop: Bagan. The old imperial capital has an archeological zone which is testament to the region’s very rich past. Marco Polo visited it and said it was one of the most beautiful places in the world. The medieval remnants are a pleasant backdrop for a bicycle trip, with plenty of temples and stupas to be seen. The Ananda Temple is a must-see for tourists. Take the road to the east, direction Mandalay, for 180km. To kill two birds with one stone, take the road that follows the Irrawaddy, a river which is the spinal column of Myanmar’s past. The Royal Palace in Mandalay is the highlight of the trip. It’s the home of the last Burmese monarchy. The Japanese sheltered there during the Second World War. It was destroyed by bombing in 1945 and rebuilt in 1990. It’s worth climbing to the top of the watchtower to appreciate the surrounding area.

Meeting the Intha of Inle Lake Many travelers go to Myanmar with a desire to meet the Burmese population. For those people, Inle Lake, in the east, is an ideal destination. The Intha, a Tibeto-Burmese ethnic group, live around and on this stretch of water which is the second largest in the country. They have adapted to life on water by building houses on posts. Their leg-rowing techniques symbolize an image of Myanmar that is often seen on postcards. They catch fish in the depths of the lake using a conical net. The region around the lake is worth a trip in itself.