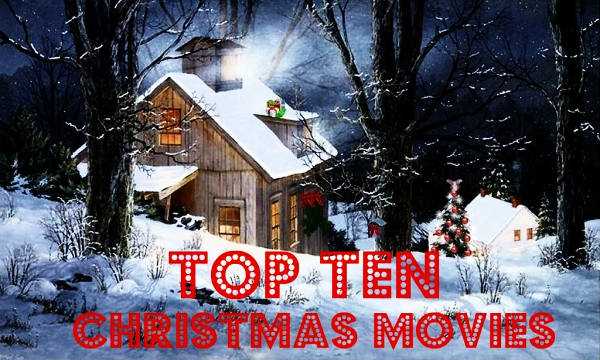 The sleigh bells are ringing and Christmas is swiftly approaching. While some may have Christmas holiday plans that involve actually moving from the couch, there are some of us who just want to lay back, relax, and watch a movie. So we’ve compiled a list of the best Christmas movies to watch, including some recent releases that are going to be in cinemas around Christmas time. Let’s have a look!

A British romantic comedy featuring a talented ensemble cast, Love Actually is the perfect sappy Christmas film to watch if you’re in the mood for cute couples and romantic overtures. The movie depicts ten different stories about different people, starting out 5 weeks before Christmas as the days are counted down towards the big day.

How the Grinch Stole Christmas is the perfect comedy Christmas film, starring one of the best Hollywood comedians there is, Jim Carrey. The movie’s based on the Dr. Seuss story of the same name, and is essentially a musical Christmas movie starring a disgruntled Christmas-hating character called the Grinch.

How the Grinch Stole Christmas is the second highest-grossing Christmas holiday movie of all time, and even won an Academy award for Best Make-up.

One of the true holiday classics, Home Alone stars Macaulay Culkin as the protagonist who is left behind alone at home while his entire family jets off to a Christmas vacation in Paris. The movie is a fun, light-hearted comedy, showing how the home alone child faces up to being on his own for the first time and fending off burglars in the neighbourhood.

The movie is directed by Chris Columbus and has a whole franchise with three more sequels. However, the second movie is the only one where the cast from the original film is brought back.

The Nightmare Before Christmas (1993)

If the Christmas movie mood strikes for something animated, then The Nightmare Before Christmas is your best bet. The idea was created by Tim Burton, who is known for his unusual dark fantasy stop motion films, and this one is no different.

The movie is based around Jack Skellington of Halloween Town who opens a portal to Christmas Town. The entire experience is comical and enjoyable, making it an unusually entertaining Christmas movie.

If you’re looking for something more adult and cynical for your Christmas movie needs, Bad Santa is the way to go. Starring Billy Bob Thornton and Tony Cox, it tells the story of two men who dress up as Santa and Santa’s Little Helper to rob department stores, and the shenanigans they get up to in the process. A sequel to the dark comedy is due to be out at the end of 2016, so a rewatch may be a good idea either way.

A critically acclaimed Christmas movie, Elf stars Will Ferrell and is a hilarious story based on a Santa’s elf who travels all the way to New York City in order to meet his real father after finding out about him.

The movie depicts the way the elf spreads positive cheer in a world that has become too cynical and weary, and is the best movie to watch if you’re really looking to get into the spirit of Christmas holiday cheer. The movie was successful enough to lead to a broadway musical as well as animated series on television.

Another animated option would the Polar Express, which is musical fantasy movie and was brought to the screens by Robert Zemeckis. It stars Tom Hanks in six different roles, and is a great work of visual effects and animation.
The movie tells the story of a young boy who goes searching for the North Pole and starts off a magical adventure aboard the Polar Express. It’s a movie about facing your fears, valuing your friends, and getting into the true spirit of Christmas.

If Christmas-themed movies aren’t your cup of tea, then you can indulge in some of the latest movies out in the cinema during Christmas time. Dilwale is the long-awaited reunion of Shahrukh Khan and Kajol for the 20th anniversary of Dilwale Dulhania Le Jayenge.

The movie is directed by Rohit Shetty and stars Varun Dhawan and Kriti Sanon alongside Shahrukh and Kajol. The movie is currently in cinemas and attracting nostalgic viewers to the screens, promising the Bollywood package of music, action, love, and drama all in one movie.

Another movie that’s going to be in cinemas around Christmas time is Star Wars: The Force Awakens, part of a franchise that is intensely loved the world over by kids and adults alike. Written, directed, and produced by J.J. Abrams, its release comes as a sequel to the Star Wars release in 1977, making this movie a long-awaited one by fans.

The movie sees the return of Carrie Fisher, Harrison Ford, and Mark Hamill from the original movies, and also depicts a newer, younger cast consisting of John Boyega, Daisy Ridley, Adam Driver, Oscar Isaac, and Lupita Nyong’o. The movie’s has broken a number of box office records and become the highest grossing opening of any film worldwide.

If you’re not feeling the Dilwale hype, then Bajirao Mastani is also in theatres, and is a historical romance epic that you may enjoy more. It stars Ranveer Singh, Priyanka Chopra, and Deepika Padukone, and is produced and directed by Sanjay Leela Bhansali.

The film depicts the story of a Maratha warrior, Bajirao, played by Ranveer Singh, and his secong wife, Mastani, played by Deepika Padukone. The movie has received considerable critical acclaim and the performances of Singh and Chopra have also been greatly commended.