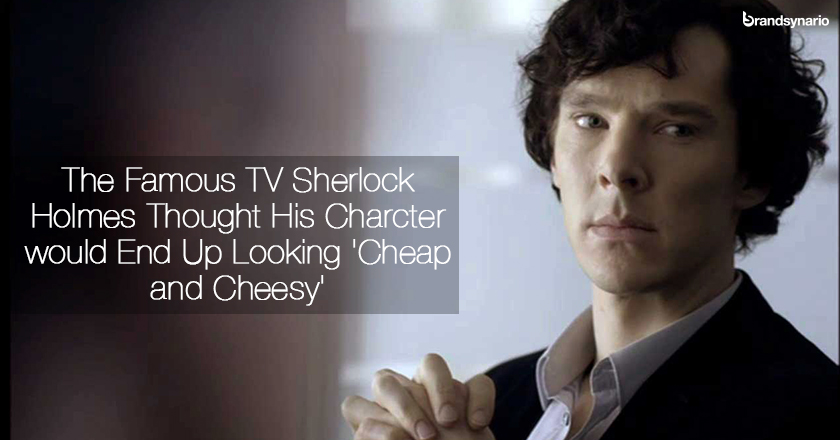 Benedict Cumberbatch aka Sherlock Holmes has revealed that he was about to turn down the role of the famous detective at the time he was offered this role as he thought of the role of being too ‘cheap and cheesy’.

The actor also indicated that he initially thought of performing this role of tangled haired detective, would not portray a good look to his acting career. Cumberbatch also acclaimed that he did not think of being a part of an over-dramatized drama, as a good step, till the time he learned about the involvement of Steven Moffat and Mark Gatiss.

The star of BBC’s phenomenal hit also admitted to New York Post that he thought of the series to be an idea of re-enfranchising of something for the sole purpose of earning money.

The iconic role of a smart and brilliant detective is no doubt one of the most popular roles of Cumberbatch’s career, after the performance and fame of which no one would even consider that the artist would have ever thought so ill about his life changing journey.

Cumberbatch added that irrespective of his prior ill beliefs about the series, he has tremendously fallen in love with Moffat and Gatiss’ script, after having a look at it. As placed in words by Benedict himself,

“I thought I would read it and then I fell in love with it.”