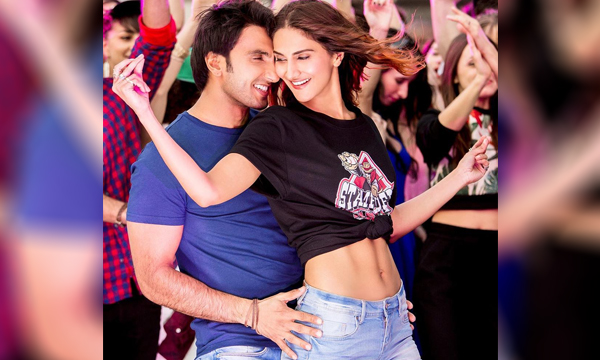 The ‘Befikre’ lead cast, Ranveer Singh and the pretty new face, Vaani Kapoor have landed in Paris- one of the most romantic cities in the world, to shoot for the upcoming romantic Bollywood flick.

The poster of Aditya Chopra’s directorial ‘Befikre’ wowed the audiences where both Ranveer and Vaani look gorgeous in a steamy liplock. The movie is slated to release on December 9th, 2016.

Ranveer Singh and Vaani Kapoor raise the temperatures with their oh-so-hot sizzling kisses. The two were seen locking lips on the teaser poster of Befikre and are now steaming up the posters of the movie. The first tune of the movie is out and you should see the scintillating video.

The duo was spotted on the social media lately posting captivating images from the sets of ‘Befikre’ in Paris. Recently Vani Kapoor shared a mesmerizing image of Eiffel Tower with the caption, “And It Begins.. #Befikre #Paris #Feelslikehome #igersparis”.

The shooting for Befikre started on April 17th while the reports revealed that the film will wrap up in mid-June. The expected date disclosed by the team was June 15th.

According to the reports, Aditya Chopra will be releasing the movie on the 83rd birthday of the late Yash Chopra.

Vaani, who gained popularity from her appearance in Shudh Desi Romance, shared a picture of the set of Befikre on her Instagram account. The picture captioned “Don’t lock love, set it free.”