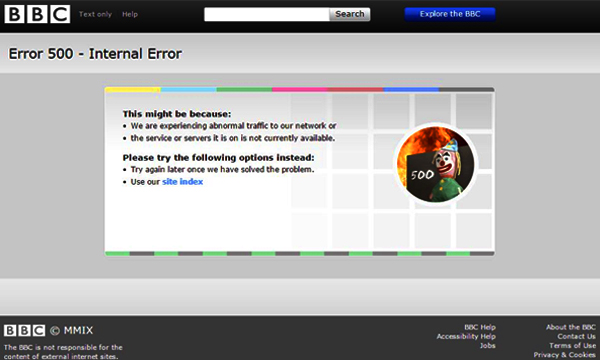 The BBC officially reported on the incident saying,“Sources within the BBC said the sites were offline thanks to what is known as a ‘distributed denial of service’ (DDOS) attack.”

Apparently, the DDOS attacks aim to suspend an online network by bombarding it with traffic from various sources.

The traffic trying to view BBC.com were being shown the “The site could be temporarily unavailable or too busy” message.

After a while, it shared “The BBC website is now back up and operating normally.” Even though it was not resolved.

As per the statistics, the international version of the BBC website along with its app had recently gained 101 million readers in November 2015.