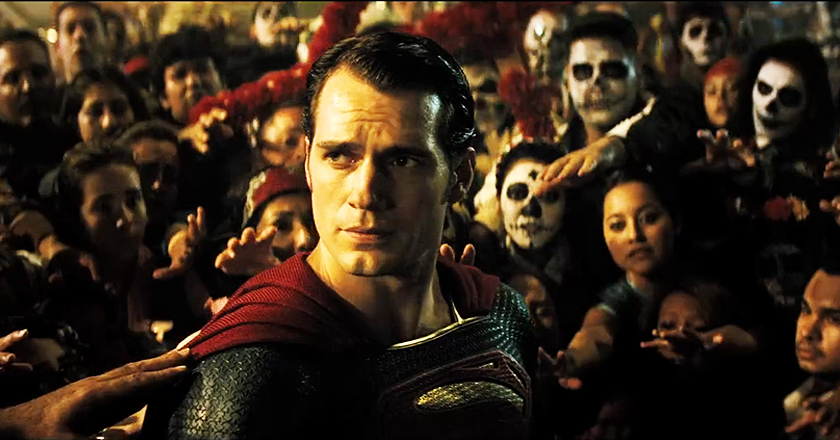 UPDATE: See the latest trailer from Batman V Superman: Dawn of Justice. The trailer was revealed at Comic-Con 2015.

Official teaser posters for Batman V Superman: Dawn of Justice have been revealed by Zack Snyder on Facebook & Twitter. These posters will be distributed to the audience at today’s IMAX screening event for the official trailer of the movie.

Zack Snyder also announced that the audience will be served up with some extra shots along with the trailer. This comes in after the leak of the trailer 3 days before the official IMAX screening event.

While one poster features Superman’s face obscured by the Bat symbol another features the Batman’s face defaced by the Superman logo.

These posters differ from the previous marketing material approach taken by WB/DC which featured Batman and Wonder Woman in a gloomy monochrome.

The rivalry has been reflected by the clashing, inverted colors along with a distressed-media effect on both posters.

Striking and bright colors have been used with hints of style reminiscent of early Pop-Art style instead of the monochromatic look seen in previous marketing material.