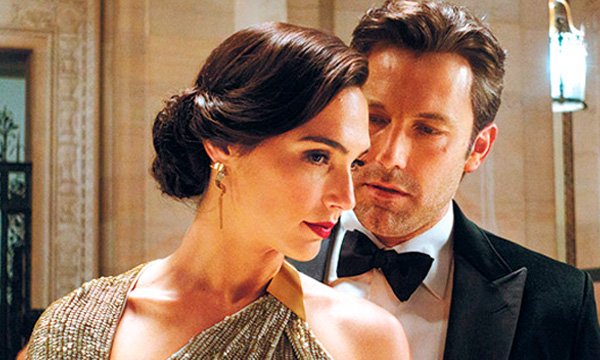 Batman V Superman: Dawn of Justice cast released a new photo a week before their launch at the stage of San Diego.  The photo revealed Batman (Ben Affleck) and Wonder Woman (Gal Gadot) out of costume as their alter-egos Bruce Wayne and Diana Prince.

Affleck also provided his fans with some insight of his role. The version of the Batman is a little old and a tired version.

“He’s at the end of his run and maybe the end of his life. There’s this sort of world-weariness to it,” Affleck told EW. “He’s on the verge of being swallowed up by the anger and the rage that we see haunt this character in the other manifestations of it. But this guy is further down the line and has become more embittered and cynical.” By looking at the photo only, anybody can suspect that Bruce and Diana will share some on-screen time without their costumes. Affleck, while recalling about this scene, said “I love the fact that there was this ‘Thomas Crown Affair,’ Bond-y sexy scene that they wrote about two people who are pretending to be two different people who each know the secrets of the other person.”

Check out their on-screen pictures below: