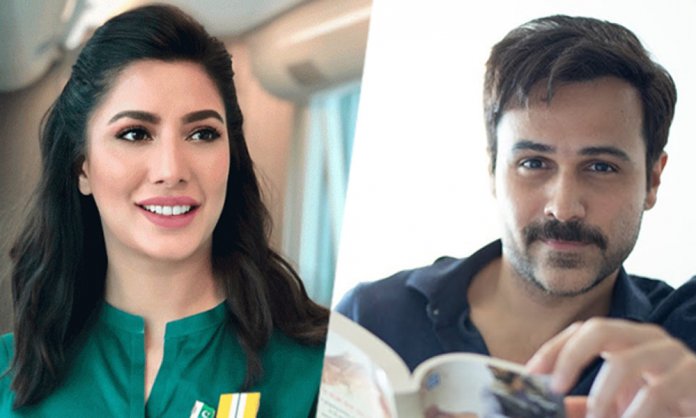 The last time Pakistanis agreed over something was when Mehwish Hayat delivered an address at a Peace event in Oslo(Norway), where she highlighted how Bollywood and Hollywood misrepresent Pakistani and its citizens in their movies.

Suddenly, all the people who had been furious over Mehwish receiving the Tamgha-e-Imtiaz for her stellar acting and successful movies, were all praise for the actress the moment she said something against Bollywood (basically India) on an international forum.

Suddenly, the Tamgha-e-Imtiaz had been rendered well-deserved for Mehwish.

However, keeping the hypocrisy of Pakistanis aside, we can’t disagree with what Mehwish had said.

And considering that currently Indo-Pak tension is one of the most talked about and critical political affairs, Mehwish’s statement about Bollywood repeatedly showing Pakistanis as terrorists in their films rings true once again.

From the trailer it is clear as a crystal that India has, yet again, highlighted Pakistanis/Muslims as terrorists.

Needless to say, Pakistanis are furious over it and have turned into Keyboard Jihaadis since SRK’s tweet.

Take a look at how Pakistanis have been reacting:

I have always respected you and expected you to use your huge influence and celebrity power to bring peace and love between Pakistan & India. This will only spread more hatred & will create a false image of Pakistan and Muslims. Sad. Disappointing.

@netflix it's 2019 and I think you should get rid of the racist, hate-mongering and stereotyping content. Pakistan is not what it is being shown.

I have always respected you and expected you to use your huge influence and celebrity power to bring peace and love between Pakistan & India. This will only spread more hatred & will create a false image of Pakistan and Muslims. Sad. Disappointing.

Remember the girl who helped us all see Priyanka Chopra’s true colors at BeautyCon? Even she has commented under SRK’s tweet and taken a dig at him!

Here is what she said:

….as if we haven’t seen a series like this a million times before. Bring back the Veer-Zaara SRK.

….as if we haven’t seen a series like this a million times before. Bring back the Veer-Zaara SRK.

Take ISI and Fake Islamic Terrorists out of Bollywood and they will lose 90% of their content.@RTAluvzAfridi #BardOfBlood

Wow Wow Wow!
Mister Khan you are showing the true face of Muslims.

Bollywood will always make Anti-Muslims Movies and the funniest….
Oh! The saddest thing is that they use Muslims to promote the hate for Muslims.
But Muslim Actors in Bollywood are dumb.#BardOfBlood https://t.co/z3ncJVCQaa

It is also being speculated that India seems to have timed both Sacred Games Season 2 and Bard of Blood very carefully, as they are both full of hate and negative representation of Pakistanis/Muslims.

At a time where hate is probably the last thing we should be spreading, these series are worsening the situation by encouraging nuclear war.

Have you seen the trailer of Bard of Blood? What are your thoughts on it?