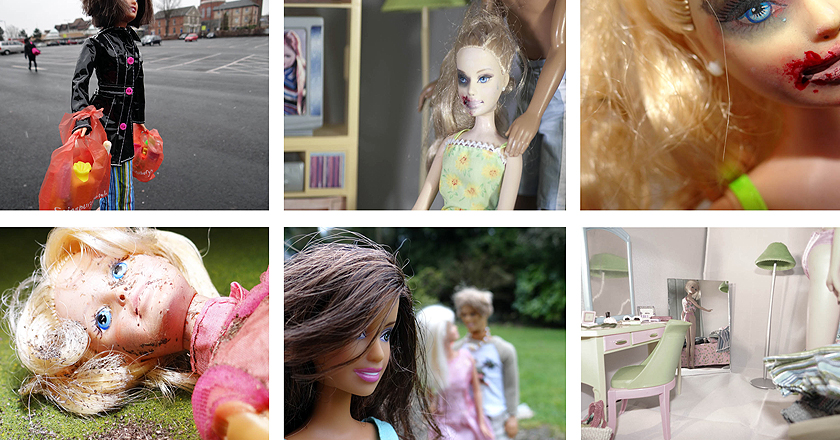 A skimpily dressed, tiny-waisted girl with perfect features entered the American Toy Market in 1959 and changed the definition of the word ‘toy’ for  generations to come.

Yes, one of the most loved yet controversial fictional characters of all time, Barbie made its way into the hearts of millions and became much more than just a toy – she became an idol, a figure of reverence and inspiration.

Over the years, Barbie has been rightly accused of promoting unrealistic standards of beauty and perfection. Young girls judge their self-worth by how tiny and Barbie-like their waists are, how flawless their complexion is and how handsome their boy-friends have to be.

Although Mattel, the company behind Barbie has tried to curb the controversies by launching ethnicity and professions but sadly, the approach has always been defensive and the efforts, inadequate.

The pattern seems to be that every time a question of ethics arises and the perfection of Barbie’s life is questioned on the basis that real life is quite different from what is shown in Barbie’s world, a new Barbie is launched.

Barbie has come to influence young girls’ lives so much that some have even resorted to plastic surgeries and anorexia to look exactly like her. Ukranian model of age 21 years, Valeria Lukyanova was titled the first human Barbie. It has also been recently announced that she’s teaching herself to live off air and water only.

If this is the kind of influence that Barbie has managed to make, the question arises whether she can be used to spread awareness about the realities of life instead of promoting standardized ideas of unachievable perfection.

What if producers were able to create and promote the idea of ‘Average is Beautiful’, like Nickolay Lamm suggests. Lammily – the ‘normal’ Barbie was created by Nickolay Lamm to promote realistic standards for beauty.

Another artist from U.K., Sam Humphreys has transformed the iconic doll for her photo series called “What If?” .

The images shown below include some of which could be seen as raising awareness of domestic violence (though the artist says they’re “by no means intended to be used as an educational tool”, are based on a theoretical question: “What if we were to teach our children at an early age about the harsh realities that face some?”

On her website, Humphreys says the series is not for children, but she is demonstrating that life for some isn’t as perfect as Barbie’s life suggests.

While some images depict Barbie with black eyes and a bloodied mouth, the series also “explores insecurity, loneliness, illness and addiction.”

With the fast-changing patterns of our lives and awareness about domestic violence, addiction and other harsh realities of life, producing a normal, average Barbie would be a more realistic and ethical approach.