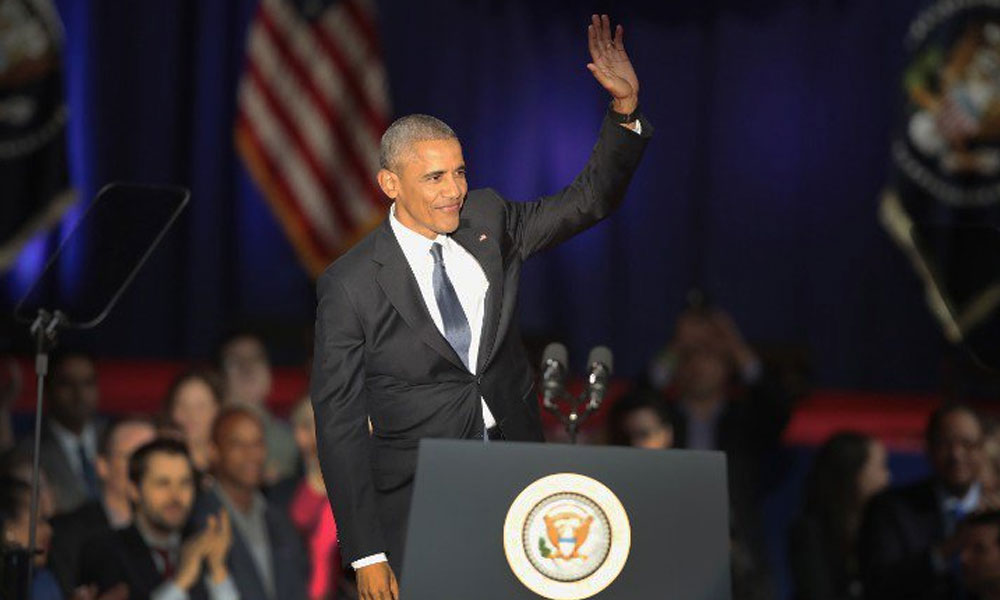 Obama thanked his wife, First Lady, Michelle Obama, his voice catching with emotion for her continuous support and this made him tear up. The tears on stage from the first family on this emotional night echoed with thousands of US citizens who are fearful and deeply concerned due to the incoming Trump government.

Vice President Joe Biden also teared up after Obama addressed him during the speech. This is what he said, “I’ve gained a brother…your friendship has been one of the great joys of our life.”

President Obama ended his speech full of positivity and humbleness with,

The farewell address caused a buzz on the internet and Obama supporters from across the globe took to Social media to praise him and his insightful words.

Take a look at what Celebrities from all over the World are saying!

.@POTUS @BarackObama I love you more than I have space on Twitter to describe. #ObamaFarewell

President Obama is a good man who has made our economy, country, & planet safer – & has given us hope. Thank you, @POTUS. #ObamaFarewell

Some folks, even to this day – #ObamaFarewell – do not understand that the believable change happened the day he was elected.

.@POTUS @BarackObama made me proud to be an American as he reminded us of the power of democracy & unity. #ObamaFarewell

"My fellow Americans, it has been the honor of my life to serve you." — President @BarackObama 👏 👏 👏 #ObamaFarewell pic.twitter.com/AlnmaWf5Tp

AMERICA, PLEASE JOIN ME IN A FULL ON UGLY CRY #ObamaFarewell