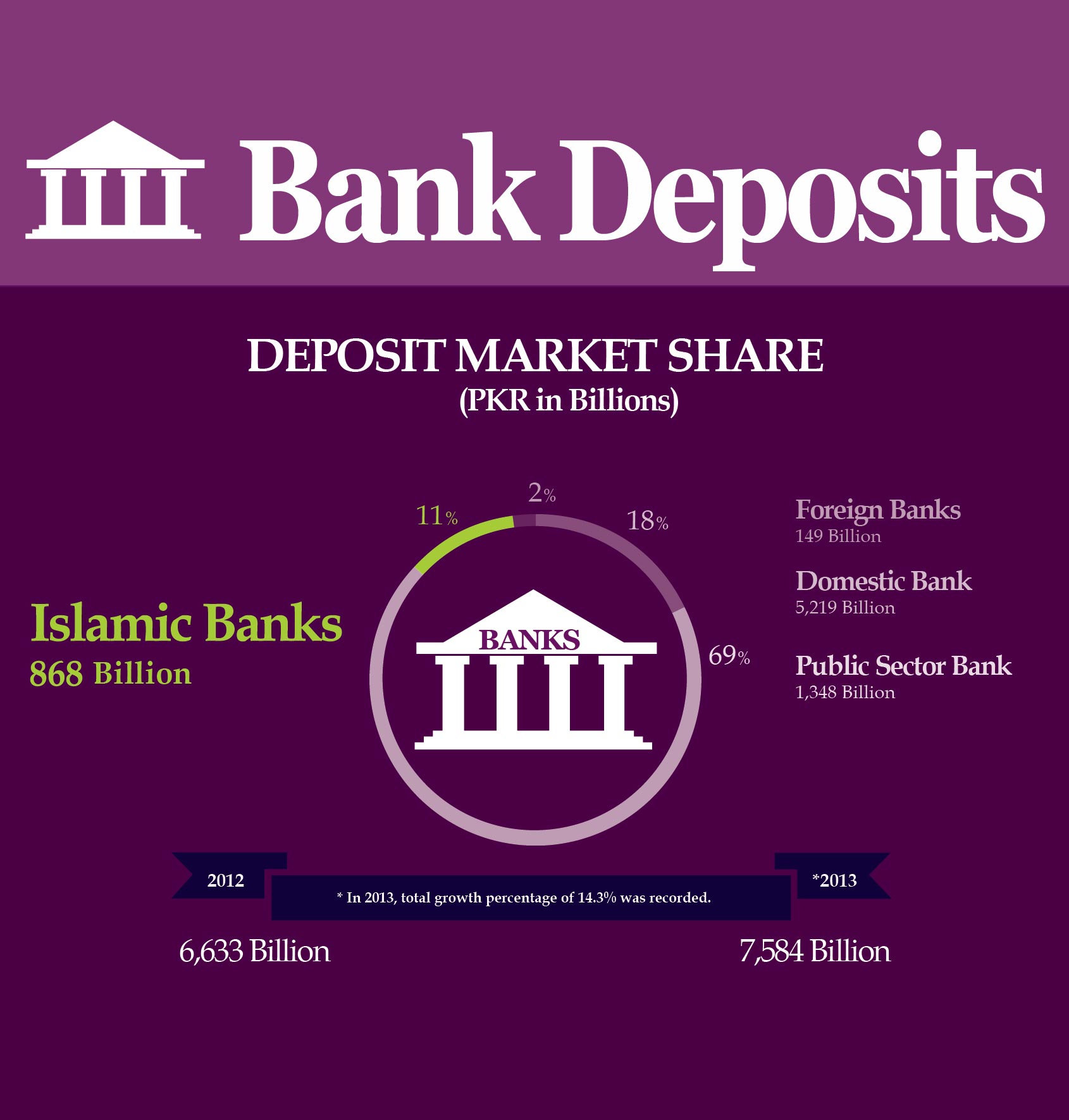 This Infographic shows the bank’s deposits for 2013. These deposits for banks are further split into Domestic, Islamic banks, Foreign, Public sector banks.  Domestic Banks is contributing the highest market share of 69% followed by Public sector banks which is 18 %, Islamic banking with 11 % and Foreign banks with 2 %. Over all by the end of December 2013, deposits have increased by 6.29% and 14.33% respectively as compared with the deposits at the end of June 2013 and December 2012.

In province wise deposits, Punjab secures a deposit share of 42 % preceded by Sindh with 34 % and Islamabad with 11 %. AJK and Baluchistan has the lowest deposit figures compare to other provinces.

The data is sourced by State Bank of Pakistan (SBP) and analyzed by Synchronize Media.

American Hunts Down The Endangered Markhor