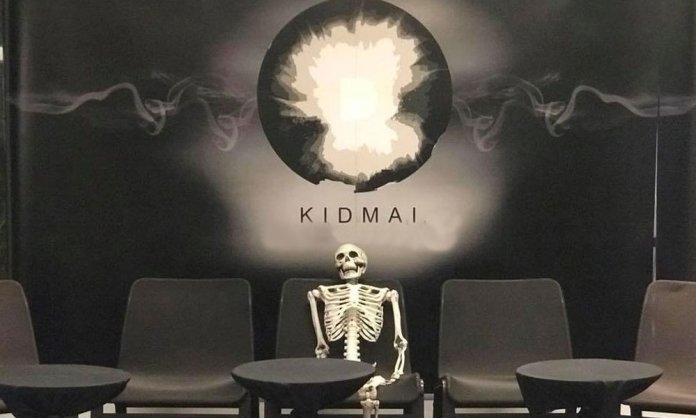 Dying for a cup of coffee? You will feel right at home at Bangkok’s new “death awareness” cafe, a macabre, Buddhist spin on the themed-cafe craze where customers are urged to confront their own mortality — and live better lives as a result.

With drinks called “death” and “painful” on the menu and a skeleton splayed out on a couch in the corner, the meet-your-maker theme is alive and well at this open-air lunch spot in the Thai capital. 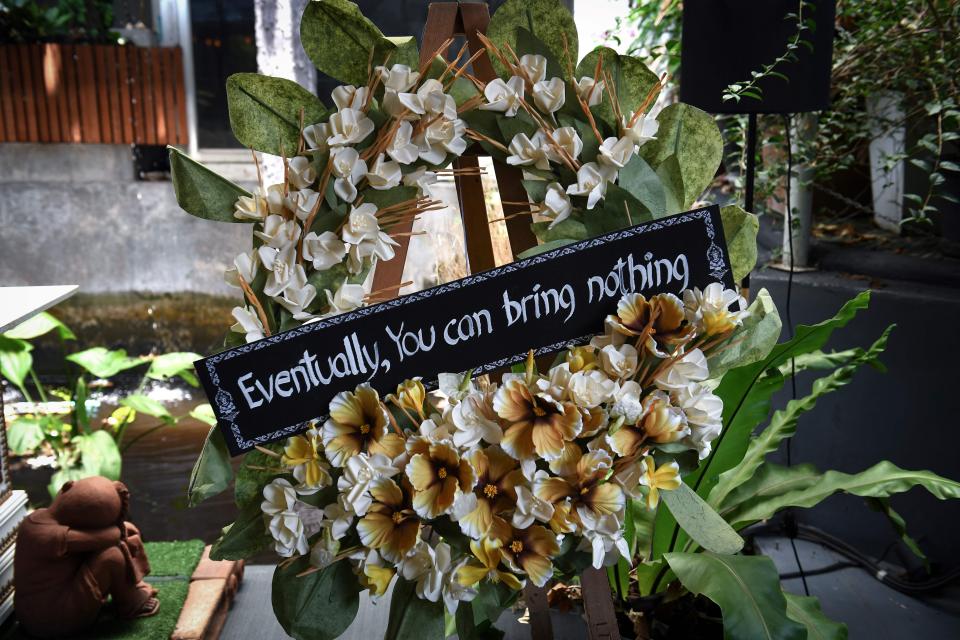 But the centerpiece of the “Kid Mai (Think New) Death Cafe” experience is a decorated white coffin where customers are encouraged to lay down for a few minutes to contemplate their final moments — and secure a discount on a drink. 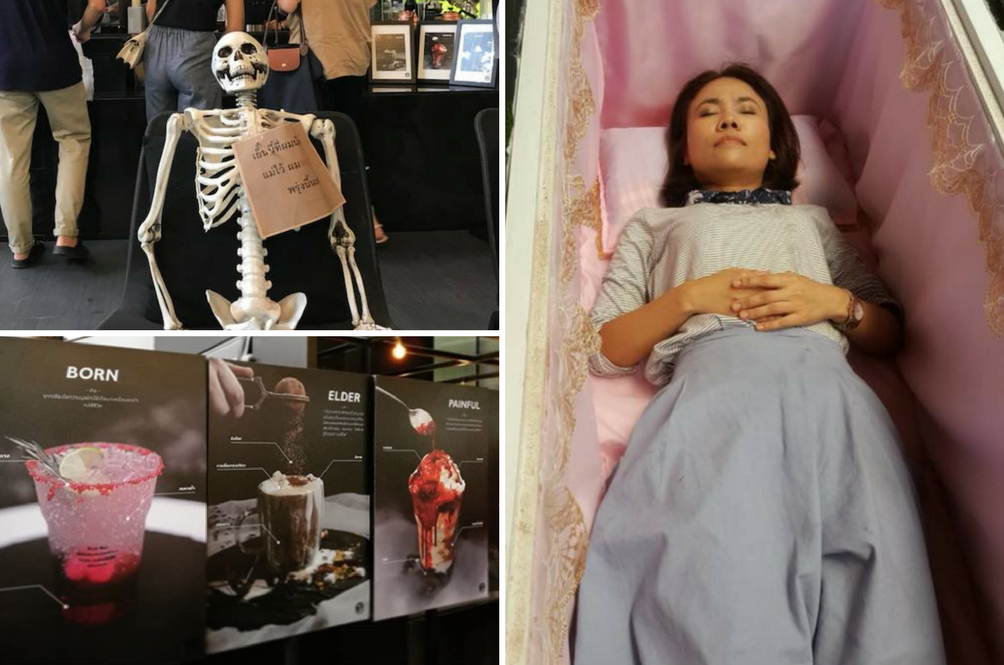 “I feel like I am in a funeral,” 28-year-old Duanghatai Boonmoh said with a laugh as she sipped a chocolate “death smoothie” on a recent Saturday afternoon.

She and other curious customers took turns climbing into the wooden box as friends sealed the lid.

“The first thing that came to my mind was, what if no one opens it?” Duanghatai said after emerging from the coffin. 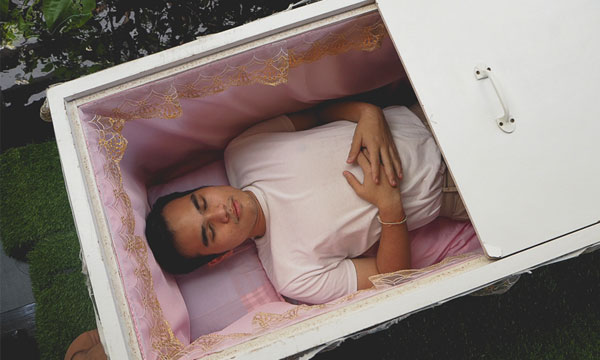 “How you going to tell everyone that ‘I’m here, I’m still alive,’? I think that’s probably the feeling you have when you know you’re going to die soon,” she added.

The cafe’s owner says his restaurant is more than just a gimmick or dark take on the cute and cuddly coffee shops common in the Thai capital, which boasts everything from cat, husky and meerkat cafes to unicorn and mermaid-themed eateries.

A professor and social researcher, Veeranut Rojanaprapa conceived of the cafe as a way to teach Thai people — some 90 percent of whom identify as Buddhist — about the benefits of “death awareness”.

“We found that having an awareness of death decreases greed and anger,” explained Veeranut, whose giggly demeanour belies his fascination with more morbid matters.

He believes the Buddhist concept, rooted in ideas of impermanence and selflessness, is the key to ridding Thai society of chronic problems like violence and corruption.

“When one is aware of their own death, they will do good. This is what our Lord Buddha teaches,” he explained.

The casket experience is also a way to nudge the country’s technology-addicted youth to step back and reassess their personal lives.

“When teenagers go down to the coffin and our staff close the coffin, because of the darkness, because of the small space, they will be aware of themselves… they will recall the things that they still haven’t done,” said Veeranut, adding that he makes a point of considering his own demise nightly.

The professor is not the first to offer a resurrection experience in Thailand, where a temple outside Bangkok is famous for hosting symbolic funerals for devotees looking to clear their souls of bad karma.

But his cafe and coffin sit squarely in the middle of a local community centre in northern Bangkok, offering a public — and morbid — a reminder of mortality that not everybody in the neighborhood is happy about.

The cafe has also spread out to a public walkway, which is now posted with signs asking questions like: “What is the purpose of your life?”

“This is so disturbing. I feel really strange walking there and might avoid this shortcut,” one netizen wrote on a neighborhood Facebook page.

Yet Veeranut says he welcomes any controversy as a sign of success.

“I love all of the complaints. Because if they are complaining it means they are thinking about death, they are aware of death.”