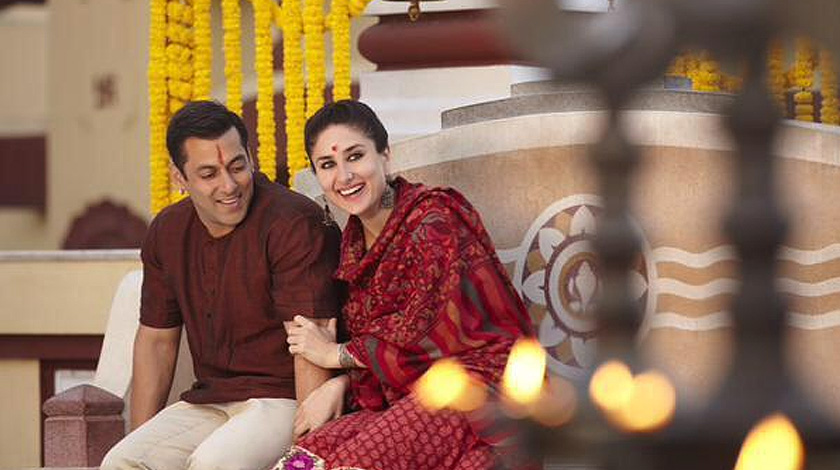 UPDATE: Bajrangi Bhaijaan is all set to be released in Pakistan! It seems the copyright issues have been sorted and it is up and running in Pakistani cinemas. Looks like the fans of Salman Khan have to wait for Bajrangi Bhaijan, as Central Board for Film Certification(CBFC) has held the certification of the film due to legal matters regarding licensing of ‘Bhardo Jholi’ which are still not sorted yet.

According to the sources, Mobashir Hasan, Chairman of the Central Board of Film Censors (CBFC) informed that once both parties notify them that the legal dispute has been settled then CBFC will issue the certificate for the film. He also said:

“As per the 1979 Copyright’s ordinance, we do have the authority to hold the certification of any film or to take back an already certified film if it features plagiarized content. And since EMI has accused the film of plagiarism, we have requested them to sort out this matter with the local distributors.”

Anand in response to the request made by CBFC provided an affidavit that states that if the legal matter is not resolved in due time then the qawwali shall be removed from the film.

Furthermore, Mr. Hassan also said, “In the affidavit Satish Anand also said that in case of misrepresentation of facts he was willing to be penalized as per the laws of the state,”

Other than providing information about removal of the qawwali, the affidavit also stated that EMI Pakistan and producers of the film are in direct contact with each other.

EMI Pakistan has refused the offer of Eveready Pictures to resolve the legal matter by removing the qawwali from the film. Managing Director of EMI Pakistan, Zeeshan Chaudhry told express tribune that, ‘We have had discussions with Eveready Pictures and they are insisting that we either license the film for Pakistani territory or remove the qawwali from the film for its release in Pakistan”

“We have refused the offer because we believe that Pakistan’s copyright must be acknowledged and the producers must secure rights for the worldwide release.”

EMI Pakistan will have to approach all other provincial boards if they want to remove the qawwali from all the versions of the film in Pakistan.