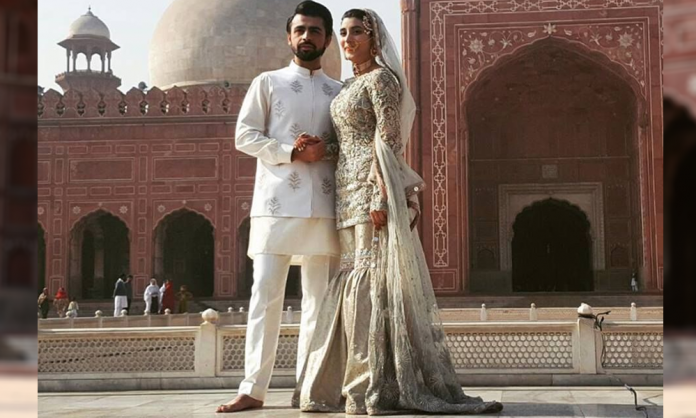 One such landmark which has become an all-time newlyweds’ favorite destination is the Basshahi Mosque in Lahore.

However, the mosque has now banned couples from conducting wedding photography at the iconic site.

According to the first-rate team of photographer Palwasha Minhas, Badshahi Mosque gatekeepers have banned wedding photography completely since December 19th.

On the other hand, some Twitteratis are extremely happy with this decision. Even photographers have breathed a sigh of relief as they only got 15 minutes to do the shoot!

Badshahi mosque has banned wedding photography, at least for now..Good decision so glad to hear this.. Mosque are absolutely not built for photography wedding shoots with all those weird poses is absolutely crazy… pic.twitter.com/h1txEJg48t

Apparently government has banned professional wedding photography at the Badshahi Mosque. Excellent decision. No more weddings for which you have to trek all the way to Androon Sheher because the dulha dulhan want ~elegant shots of the nikkah~.

As per a local publication, the mosque’s caretaker Abdul Khabeer Azad shared that the ban was placed on wedding photography because photographers captured inappropriate poses of the bride and groom which go against the ethics of a mosque and resulted in disturbance of prayers.

What do you think of this decision? Share your thoughts with us in the comments below.