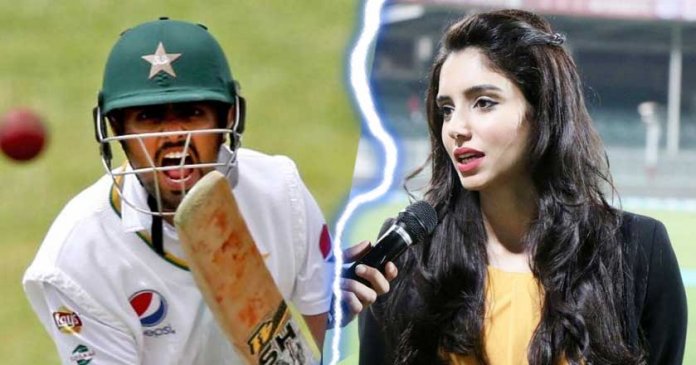 Apparently, both personalities found themselves in a Twitter war after an exchange of words via tweets.

Babar Azam Reacts to Being Called the Virat Kohli of Pakistan

However, Babar did not find anything amusing in her congratulatory tweet and was quick to hit back with an angry response.

He wrote, “Think before u say something and don’t try to cross ur limits!!!”

Think before u say something and don’t try to cross ur limits!!! https://t.co/w8I8139OeY

It is no secret that Babar is one of Coach Mickey’s favourite players. His brilliant performance has always kept the hard-working lad in one of the good books.

Zainab, being a journalist and quite involved in cricket, probably already knew, which is why she referred to him as the coach’s son as an inside joke. However, the cricketer did not find it amusing and rather found it to be demeaning.

The exchange of tweets has started a social media frenzy. Memes and jokes are being shared left, right and centre!

Babar Azam just lost his calm at Zainab Abbas and tbh, it was quite bizarre considering Mickey is like a Father figure to the team.#PAKvNZ pic.twitter.com/XRqBsiBCV6

Babr is right in acting hard on this… What if some media blokes take this to another level by creating stories of nepotism between Mickey and Babar, this is not a good way to congratulate anyone by changing his father name, Zainab Abbas should apologize over this… https://t.co/uwFdfTYVjy

He proved that he is brother of akmal brothers… #shame

Do you think Zainab’s comment to Babar was justified? What about his response? Share your thoughts with us in the comments below.