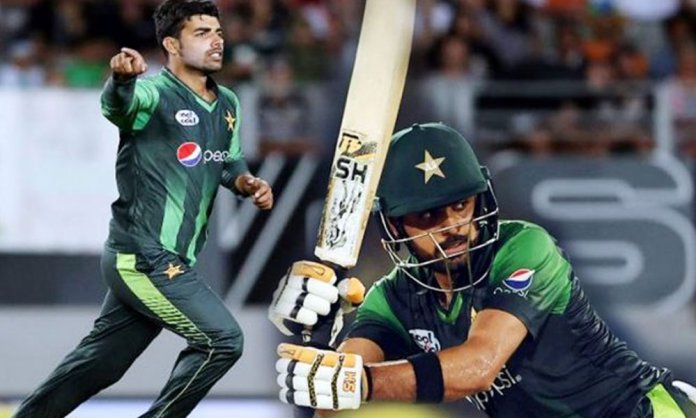 Pakistan opener Babar Azam has reclaimed the number-one batting ranking while wrist spinner Shadab Khan has vaulted into the second position for the first time in his career.

This was according to the latest MRF Tyres ICC T20I Player Rankings, which were released on Wednesday afternoon following the conclusion of Pakistan versus Windies series in Karachi on Tuesday. 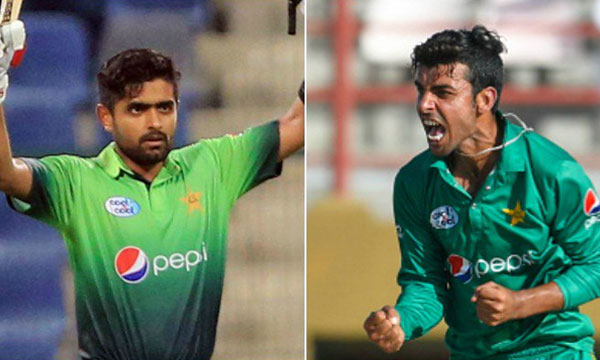 Babar, who captained Pakistan in the ICC U19 Cricket World Cup 2012, was in stellar form when he scored 17, 97 not out and 51 as Pakistan consolidated their position at the top of the team rankings following a 3-0 series win.

For this consistency, Babar was adjudged player of the series and was also rewarded with a jump of two places, which has made him the highest-ranked batsman in the shortest format of the game for the second time in less than 10 weeks.

Babar had first surged to the top on 28 January following the series against New Zealand, before Glenn Maxwell of Australia went top during the Australia-New Zealand-England T20I tri-series on 7 February. New Zealand’s Colin Munro finished the series on 24 February as the number-one ranked batsman.

When Babar topped the batting rankings in January, he had become the second Pakistan batsman after Misbah-ul-Haq (2008-2009) to claim the coveted number-one position.

For his efforts in Karachi, Babar earned 95 points, which put him ahead of Munro and Maxwell. Babar now leads Munro by 80 points, while Maxwell is another two points behind.

Other players to make an upward movement following this series include Shoaib Malik (32nd, up by four places), Fakhar Zaman (50th, up by 15 places), Hussain Talat (has entered in 54th spot) and Chadwick Walton (98th, up by 11 places).

In the bowling table, Shadab Khan has rocketed 10 places to second following his five wickets in the series. Shadab, who played in the ICC U19 Cricket World Cup 2016, collected 125 points from the just-concluded series, which has put him just 26 points behind fellow wrist spinner Rashid Khan of Afghanistan, who interestingly is just 14 days older than Shadab.

It is also interesting to point out that six of the seven top-ranked bowlers are wrist spinners (Rashid Khan, Shadab Khan, Yuzvendra Chahal, Ish Sodhi, Samuel Badree and Imran Tahir), while sixth-ranked Michael Santner of New Zealand is a left-arm spinner.

Fast bowlers Mohammad Amir and Hasan Ali are also on the charge in the latest rankings. Amir has lifted 15 places to 12th, while Hasan has jumped 10 places to a career-high 30th position.

Pakistan’s left-arm spinner Mohammad Nawaz is the biggest mover in the latest rankings. The 24-year-old took four wickets in the series, which has helped him to rise 66 places to a career-high 53rd rank.

Other bowlers to improve their rankings include Kesrick Williams (57th, up by seven places), Faheem Ashraf (68th, up by 24 places) and Shoaib Malik (82nd, up by five places).

Glenn Maxwell is the number-one ranked all-rounder, while Shoaib Malik is Pakistan’s highest-ranked all-rounder in ninth position after moving up by two places. Windies’ Marlon Samuels has slipped one place to fifth.

Meanwhile, Pakistan has opened up a four-point advantage over second-ranked Australia following a 3-0 win. In contrast, the Windies have dropped from fifth to seven after losing four points.