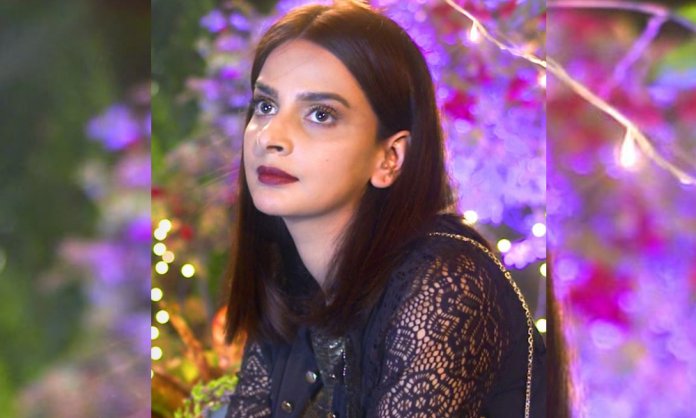 With every passing week, Urdu1’s Baaghi is raising its game and keeping the audience hooked to the story. The innocent village girl, Fauzia has finally transformed into a bold city girl Kanwal. This episode has raised the bars for the drama and made it even more interesting.

The innocent village girl, Fauzia has finally transformed into a bold city girl Kanwal. This episode has raised the bars for the drama and made it even more interesting.

Kanwal dressed like a diva not only shocked Gauhar but made him fasten his work as well. Dreaming to land a project, she decided to do exactly what Guahar and Gogi told her to do. However, this decision of hers made her land more into trouble.

Gauhar sent some reputed businessman to meet her at night. She thought that he must be there to discuss some projects with her but that wasn’t the case.

Even Gauhar wanted to exploit her!! Kanwal being young and impulsive goes with it.

Then she realized what’s going on and confronted Gauhar about it. He blamed her and called her names, questioning her morality since she is divorced and now has come to live in the city.

Gauhar’s character unveils the harsh reality of the society. Pakistani society loves questioning and blaming women for not being moralistic. A society where “Aurat” is said to be “Ghar ki Izzat”, the “Ghar” or the society itself exploits that respect or izzat.

Haier presents Baaghi Drama Give us your feedback on tonight's episode. Watch all the episodes here: https://goo.gl/rf3iF4 #Baaghi #BaaghiDrama #Urdu1

She had to leave the place she was staying at as well and join a women’s hostel.

But was it a good decision?

The warden being inquisitive asked a lot of questions, which should’ve made Kanwal a little hesitant to live there but she didn’t.

Her wardrobe and sense of style were questioned but she remained aloof about it.

She tried adjusting to the hostel environment, making friends and telling them about her life.

The warden seems suspicious and doesn’t appear as someone you can trust.

Let’s hope she won’t land herself into any more trouble now.