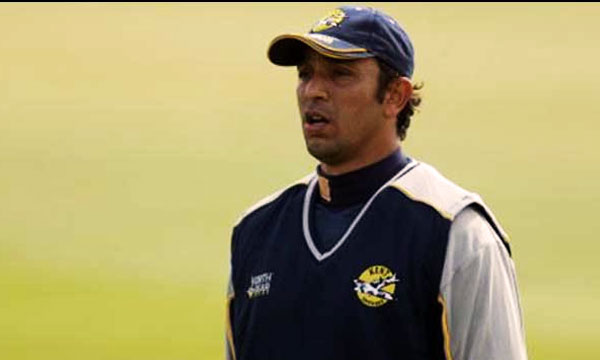 The All-rounder payer Azhar Mahmood has been made the new bowling coach of the national team, replacing the previous leg-spinner Mushtaq Ahmed. Azhar Mahmood represented Islamabad United in the inauguration of HBL PSL 2016.

Mushtaq Ahmed will be joining the National Cricket Academy as Head Coach. According to Express Tribune, Mushtaq told Pakistan Cricket Board (PCB) that he won’t be able to work as a spin bowler coach because of some personal issues and commitment after which Waqar Younis, the head coach suggested Azhar Mahmood for the role. The 40-year-old right-arm medium pacer confirmed that the board had approached him.

“The PCB contacted me to work with the national team and asked about my availability,” said Azhar.

“It would an honour to serve Pakistan cricket if I’m given the job.”

He has also claimed 123 wickets to his name and 1521 runs in 143 ODIs that he has played. In the past week Pakistan made changes to the squad for Asia cup an World T20; Ahmed Shehzad was also axed from the t20 squad due to his poor performance.

“While picking the squad, the team management and skipper were consulted by the selectors, and all concerned gave their consent in this regard,” said Rasheed.