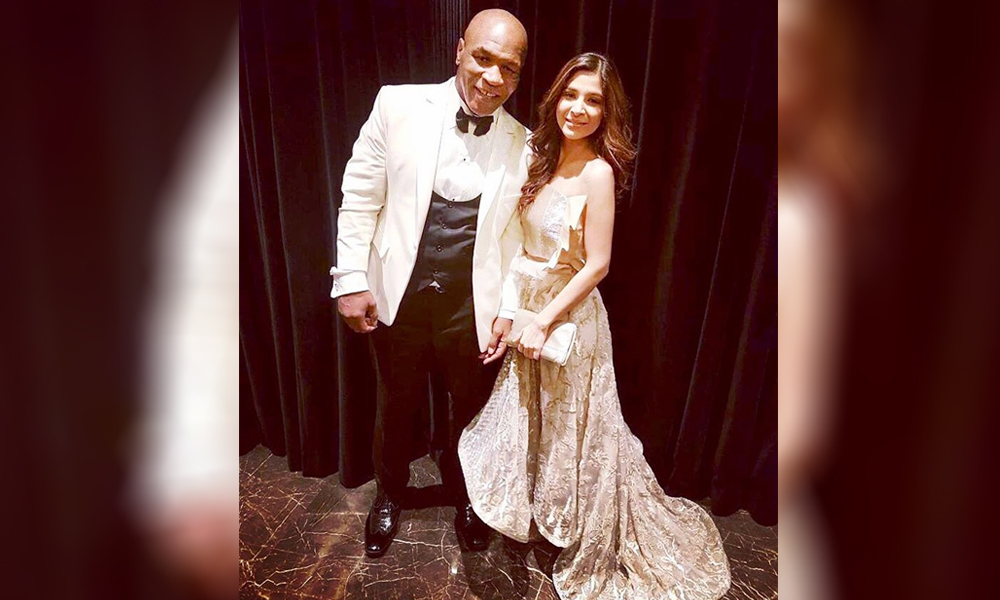 Pakistani beauty Ayesha Omar attended the Mike Tyson Gala Dinner that was sponsored by a Pakistani online store, Fash Souq.com in Dubai over the weekend.

The grand dinner was a glamor-filled event with celebrities and prominent personalities flocking in from across the globe. British-Pakistani boxer Amir Khan, Faryal Makhdoom, songstress Momina Mustehsan and the one and only Mike Tyson himself graced the event with their presence.

Pictures showing Ayesha Omar and Mike Tyson have been creating quite an uproar on the internet. And as always there are some who are never happy with what our Pakistani celebrities are up to.

People criticized her looks and called her names!

Others turned all Islamic!

Moral policing was also in the air

This person also compared her to Momina! We wonder why

Some were just downright offensive!

This one did not even spare Mike Tyson

Finally, there was someone who made some sense!

This proves how hurtful, disrespectful and mean people can become, it seems like everyone forgets that after all celebrities are also human and they also have feelings!