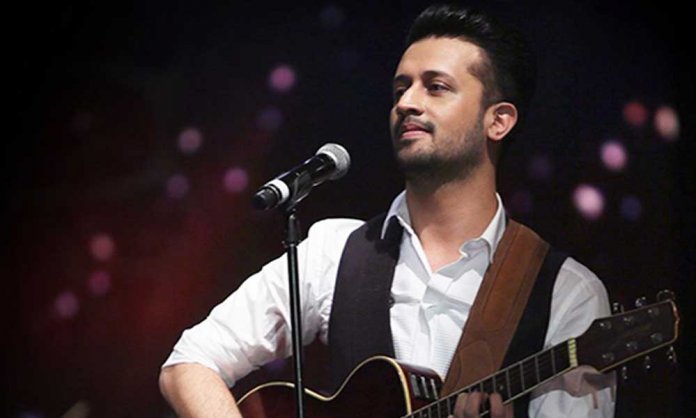 After touching millions of hearts with his melodious vocals, Pakistani singing sensation Atif Aslam just released another song titled ‘Auliya’ and people are listening to it again and again.

The singer lent his voice for Bollywood’s upcoming movie ‘Hum Chaar’ and there is no surprise that he has received praised all over again.

After listening to his soulful number, we believe that it is going to be a super hit track in the coming days.

Atif Aslam took to his social media accounts and shared the song with the caption:

Lets start our year 2019 with this beautiful track “Auliya”.

Listen to the song below.

Once again he has successfully mesmerized the audience with this brilliant track.

Composed by Vipin Patwa, this song is penned by Shabbir Ahmed and is all ready to make waves on both sides of the border.

Helmed by Abhishek Dixit, the upcoming Bollywood movie ‘Hum Chaar’ will be featuring four new faces to the industry in lead roles and is slated to release on February 15.

What are your thoughts about the song? Let us know in the comments section below.