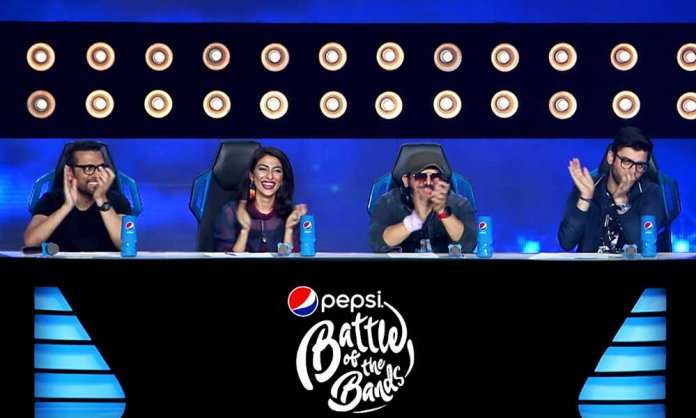 After intense competition, Pepsi Battle of the Bands season 4 witnessed the top four contenders battle it out to claim the crown.

Episode 6 saw the four finalists compete in two massive one-on-one battles. However, before the fight began, there was an overwhelming surprise.

One of the four finalists from the previous season, Tamaasha returned to entertain the audience with their latest hit, ‘Paisa Phenk’.

Delighted to be back, Tamaasha praised Pepsi for showing faith and financially supporting bands by giving them a platform to showcase their talent. 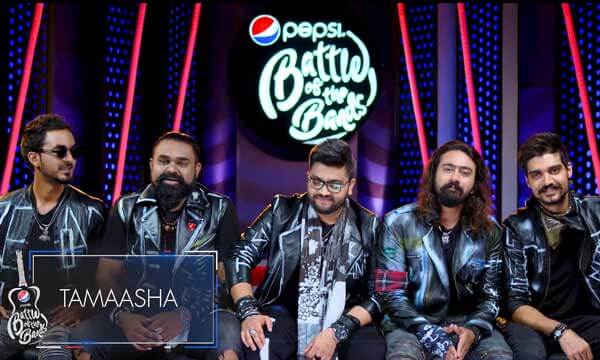 The original track, Paisa Phenk is all about encouraging Pakistani artists and investing money on them. Owing to the band’s electric sound, the song has made waves on social media in the last few weeks.

Their performance on this episode was equally electric and the perfect way to kickstart the episode.

This week, the bands had to perform a mashup, connecting an original and a cover song. 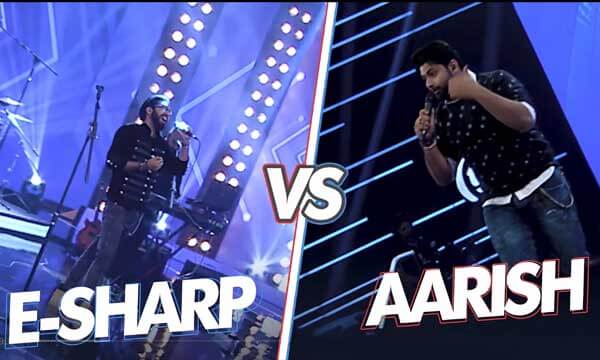 Last week’s ‘Performer of the Day’ winner E-Sharp chose to battle it out with Aarish. Therefore, the first battle of the episode revolved around the two bands that have had an interesting journey so far.

E-Sharp performed their original ‘Ek Nayi Subah’ fused with  ’Tu Hai Kahan’ by Various Artists, while Aarish responded with their original ‘Muntazir’ and a rendition of Alamgir’s Dekha Na Tha.

While it was a tough call, the judges praised both acts on their performance and also pointed out a few minor flaws.

E-Sharp has consistently shown they are incredible musicians and so the judges expected something mind blowing this time as well. Aarish, on the other hand, managed to impress the jury with their original song and impeccable vocals. 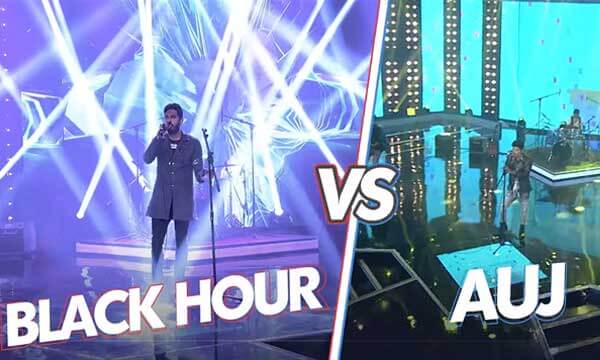 The next battle was between Black Hour and Auj. Black Hour performed first with their original ‘Tanhaiyaan’ and a cover of Fringe Benefits’ Tanhai, while Auj countered with an original ‘Engraziyan’ and a mind-blowing hard-rock rendition of Musarrat Nazir’s Punjabi folk classic ‘Laung Gawacha’.

The judges found Black Hour’s performance highly energetic and well-executed but had an issue with the strained vocals.

Meesha Shafi considered Auj’s mashup thematically disconnected while Fawad Khan loved the contrast and understood the band’s motivation and the connected story of the two songs.

As for Faisal Kapadia and Bilal Maqsood, the duo thought that if they tweaked the lyrics a bit, Auj’s original could easily be a Strings song. They, in fact, would have loved to have created this song.

Top Two Contenders for the Throne 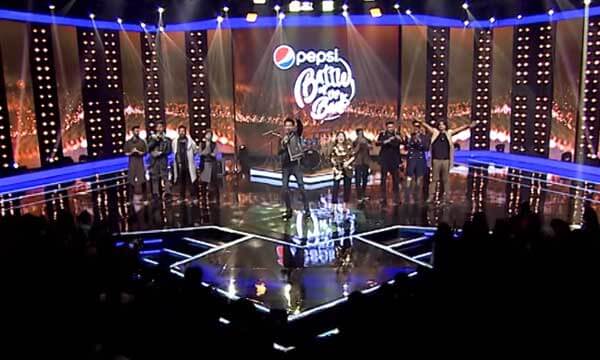 Following the battles, the judges had to make a decision and select the top two bands of the show.

Leaving everyone startled, the jury chose Aarish over E-Sharp, indicating the band’s elimination from the competition.

The consistent band, E-Sharp gracefully accepted the decision. As for the second battle, Auj won the clash against Black Hour.

The jury praised the top four bands, cheering them to keep making music after the show as they have great potential to go out, perform and lead the industry into the future.

Aarish’s hard work finally paid off as they won the ‘Performer of the Day’ title.

With the two finalists of Pepsi Battle of the Bands Season 4 selected, next week promises to be even more critical.

Between the beastly Auj and the underdog Aarish, who do you think will sit on the Pepsi Battle of the Bands throne?