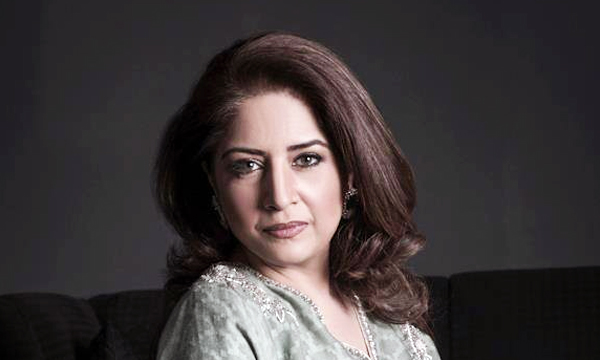 One of the most beautiful faces of Pakistan, Atiqa Odho is all set to return to the silver screen with Mehreen Jabbar’s film.

The Pakistani film industry has sowed its seeds for the revival, many veteran artists are locked and loaded to work in movies again- Atiqa Odho, the ace actress is an addition to the list.

Almost after fifteen years, the talented and ace actress is set to charm the silver screen with a remarkable performance in brilliant filmmaker Mehreen Jabbar’s next directorial debut.

Atiqa Odho expressed her views about joining the film industry as: “I have never left showbiz in fact whenever any good project comes my way I have always opted for it.”

Moreover, the actress said if the film industry needs her then she will be there to play her part.

She also stated:  “I have recently signed Mehreen Jabbar’s film of which shooting is likely to kick start by the end of this year in America,” she stated.

Additionally, Odho will be working for Shaukat Khanum’s ‘Sing A Song- Save A Life’ campaign along with Mubasher Lucman.

The project was initiated by Mubasher Lucman and Shaukat Khanum Hospital in an attempt to create awareness about the life taking disease – cancer and to save the lives of cancer-ridden children all over Pakistan. The idea was to tell people about this disease on a lighter tone and through a medium that has maximum penetration.

Read More:  Mubashir Lucman Sings to Save a Life

Apart from the silver screen and showbiz, Odho has always been an active citizen and supporter for social causes. She has been working for Shaukat Khanum Memorial Hospital and Fatmeed Foundation and as a social worker in “Hamara Mulk, Hamaray Log”. Furthermore, she is also the ambassador of the breast cancer awareness campaign.

Recently in 2013, she did a comical role in Tarang telefilm ‘Abhi Tau Main Jawan Hun’ opposite Meekal Zulfiqar.