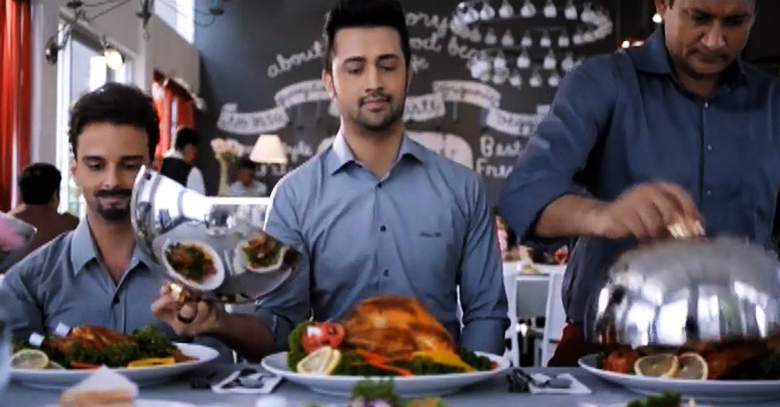 After Ali Zafar, Mobilink has now taken Atif Aslam as a brand endorser in their new TVC.

The TVC created by IAL Saatchi & Saatchi and Tadpole Productions is directed by Ahsan Rahim. Mobilink promotes their new offer for various time limits through creatively showing different situations where we require customized offer according to our requirements.

Atif Aslam is a popular name in the Pakistani music industry and has produced some of the most popular tracks of all time.  His debut single ‘Aadat’ was one of the most long-lasting tracks to have run of Pakistani song lists.

Atif Aslam has been seen on different music platforms such as the popular Coke Studio, singing away soulful, fusion tracks to appeal to the audience.  Aslam also acted as a judge in music shows such as Kurukshetra, competition against rival Indian singer Himesh Reshamiya.

Mobilink has further associating itself with music industry as Atif Aslam leverages his popularity to the brand.

Mobilink became a sponsor for Pakistan Idol and taking on Atif Aslam is definitely a step in the right direction if it wants to use the music platform to promote its brand.

Mobilink users also took the advantage of auditioning through their mobile phones for 60-sec and then judged by a panel of judges to move over for the second round.