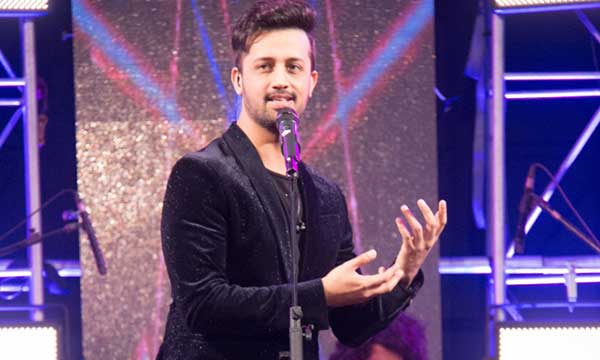 Watch Atif Aslam’s live performance at the event in the exclusive video below:

The night featured live performances by all the contributing musicians for the super hit soundtrack of the film, including Atif Aslam, Zebunnisa Bangash, Tina Sani, Faakhir, Asrar, Jimmy Khan and The Mai Dhai Band – and the event was hosted by the famous host and Jawani Phir Nahin Aani star Ahmed Ali Butt.

“2015 has been phenomenal year for Pakistani cinema,” remarked Jerjees Seja, CEO for ARY Films, “and on Jan 1st 2016 we plan to welcome the new year with Ho Mann Jahaan that is Made in Pakistan.”