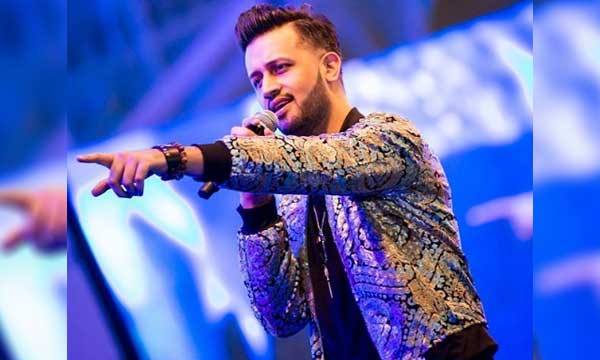 Social media has fallen in love with the ultimate singing sensation, Atif Aslam! His respectful gesture is all over the web that the crooner saved the girl being harassed at his Saturday concert in Karachi.

The crowd went ecstatic when Aslam took the stage at around 1:17 am!

But some rowdy men crossed all lines and started harassing the female audience enjoying the musical evening!

Made sure all the girls were safe before resuming the concert.Also pointing to a harasser he said,"Insaan ka bacha banja ya mai bana dunga"

Noticing the hullabaloo in the front-row, the singer paused his song mid-way and schooled the eve-teasers like a boss!

Mad respect for Atif Aslam last night, stopped in middle of a song & scolded guys who were harassing the girls in the front row.

What is more, the superstar made sure that all young girls were safe from the men misbehaving in the mob before resuming his concert!

Then Atif Aslam turned the whole musical evening around with a heart-warming tribute to Junaid Jamshed!

Amidst all the mismanagement & chaos there was a moment of semblance last night when Atif paid his tribute to JJ. pic.twitter.com/BYf8X1rnRi

Aslam proved to the whole world what a gentleman he was!

Atif Aslam did what every Pakistani must do. #karachi #atifaslam

Twitter can not stop raving about our singer- turned-superhero!

Even though im not a fan of #atifaslam as a singer but I #respect what you did in last night concept.. good job!

Mad respect for #AtifAslam to speak up for women in a society where all the "ghairatmand" just stand and stare. This should become a norm.

"She shouldn't have dressed like that"
People so easily blame a woman for the disgusting acts of a man.
Respect to #AtifAslam ❤ https://t.co/rVRWVpDL8X

Kudos to Atif Aslam for scolding the guys and stopping the nonsense on the spot! He, surely, has set an example for all Pakistani men!