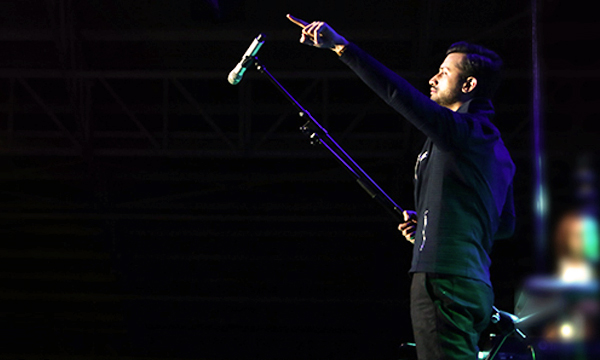 There is no doubt in the success of the Pakistani singers in India. The popularity and fame they attain can apparently be seen in their singing efforts. Making their work more admirable, this year’s Filmfare Awards has nominated Atif Aslam in the best Playback Singer (male) Category for the track ‘Jeena Jeena’ from Badlapur.

See the complete nominations below:

The rock star singer Atif will be competing with  Ankit Tiwari for ‘Tu Hai Ke Nahi’ from Roy, Arjit Singh for ‘Gerua’ from Dilwale and ‘Sooraj Dooba’ from Roy, Papon for ‘Moh Moh Ke Dhaage’ from Dum Laga Ke Haisha and Vishal Dadlani for ‘Gulabo’ fromShandaar.

The singer has also been nominated for Zee Cine and Apsara Film Producers Guild Awards. His recent appearance was in Coe Studio Season 8, whereas he also lent his vocals for  ‘Tou Dil Karay’ in Asim Raza’s film Ho Mann Jahaan.