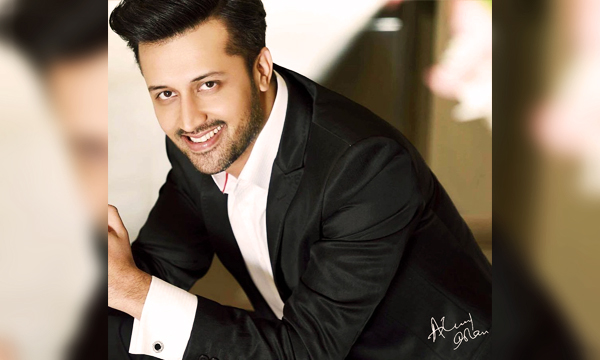 The pop music maestro, Atif Aslam recently backed out of a concert in Gurgaon, India because of delay and non-payment of dues.

The singer was supposed to perform in Leisure Valley India on Saturday, however, the singer cancelled the performance by announcing it on his Facebook page. The fans of Atif Aslam were immensely disappointed, IANS reports. The vocalist sadly made the following announcement on his Facebook page. “It is sadly announced that we are not a part of the concert at Leisure Valley Huda Ground, Gurgaon on 27th August 2016, because the organizer has not transferred us the performance payments in the allocated time.”

The post even requested the fans to be careful before buying the tickets.

“We request fans not to buy the tickets for the concert and beware of the concerts from this company in future.”

Seems like Bollywood is not rainbows and sunshine after all. There are a lot of troubles and issues that the singers and celebrities undergo. The 32-year- old singer made an entry into Bollywood back in 2005 with the song ‘Woh Lamhe’ or the Bolllywood flick Zeher.

The singer has acquired much popularity in India- producers want him to sing for every upcoming Bollywood movie while fans just cannot get enough of his powerful voice.

Atif is flying high with a solo in almost every Bollywood flick! His recent songs include ‘Khair Mangda’ and ‘Toota Jo Kabhi Taara’ from Flying Jatt movie featuring Tiger Shroff while Tere Sang Yaara from Rustom movie is also a melodious tune on everyone’s lips.

Not only in Bollywood, Atif Aslam is also singing for movies in Pakistani cinema- his melodious track Dil Yeh Dancer Hogaya for upcoming Pakistani movie Actor In Law is making waves on social media.

The song is a sweet melody that melts your heart away! Atif Aslam can be seen donning a hat and playing the harmonica while Mehwish Hayat and Fahad Mustafa are prancing  around the romantic melody.

It’s unfortunate that the singer will not be appearing in Coke Studio Season 9 this year.