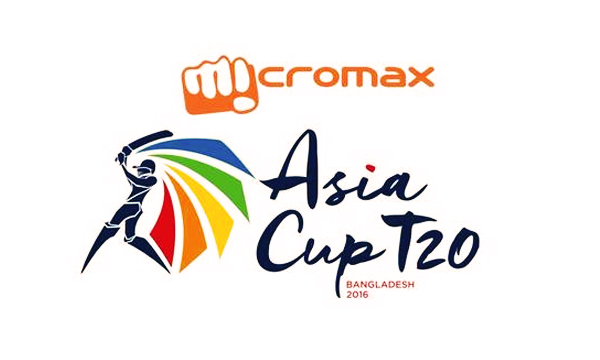 UPDATE: Asia Cup 2016 final tournament begins today as Bangladesh faces India in the opener. The Asia Cup is a contest for supremacy of the region and a final practice for the World T20 2016.

In the first match today, the host Bangladesh will be taking on India at Dhaka’s Sher-e-Bangla stadium which is the venue for all the matches; the defending champions Sri Lanka will be facing the UAE.

It is to be remembered that the usual 50 over tournament will now be played in Twenty20 format. The change is mainly owed to the ICC World T20 2016 tournament, that will be hosted by India for the first time. Asia Cup will be hosted by Bangladesh once again; there will be 11 matches in the main tournament.

If two teams have the same points at the end of a qualifying round, their Net Run Rate (NRR) will be considered. The Sher-e-Bangla National Stadium in Mirpur will be hosting the matches of Asia Cup 2016 main round. Pakistan and India are all set to lock horns in two T20I high profile matches from February to April 2016. It is anticipated there might me more matches if both the teams qualify for the Asia Cup final.

The Asia Cup is being played for the first time in a T20 format, this year. India and Pakistan will meet on February 27th in Dhaka, as per the schedule.

The 13th Asia Cup will feature Bangladesh, India, Sri Lanka, Pakistan and one country between Afghanistan, Hong Kong, Oman and United Arab Emirates. The qualifying levels of the tournament will precede the actual tournament, starting on February 24th.

The matches will be played at Sher-e-Bangla National Stadium in Mirpur. The Asia Cup will be ending on March 6th, some days before the World T20 in India. India and Pakistan are in Group 2 and are to meet on March 19th at Dharamshala. Team squads of the participating teams