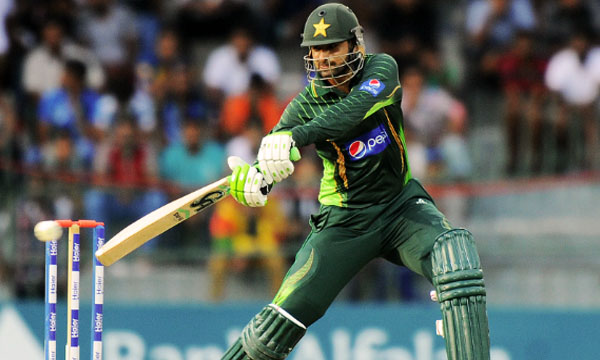 Pakistan miscalculated the pitch in the Bangladeshi capital Dhaka and will learn from their mistakes after a crushing five-wicket loss to bitter rivals India, batsman Shoaib Malik said Sunday.

Pakistan were bundled out for a paltry 83 in Saturday’s crucial T20 tie against M.S. Dhoni’s side. They must win against the United Arab Emirates (UAE) on Monday to keep their Asia Cup hope alive.

The game has an added significance as it will make Pakistan the first team to play 100 Twenty20 internationals.

“Playing against India, it’s a pressure game for both the teams,” Malik said after a training session in Dhaka.

“We made some mistakes, we    didn’t know what the conditions here would be. It was tough to bat yesterday. But we miscalculated somewhat because we had no idea about the conditions,” he said.

“Now we have played. Now we know how to deal with it. It’s going to be a great game against UAE. Obviously, you learn from your mistakes, and that’s why we are here doing practice,” Malik added.

When Pakistan defended their meagre total, Mohammad Amir generated pace and swing with pinpoint accuracy on a helpful track to leave India rattled at 8-3 inside three overs.

But Virat Kohli coolly negotiated Amir’s fiery spell to strike 49 off 51 balls and steer India home with 27 balls to spare.

Malik expressed full confidence in his bowlers and urged the batsmen to back them up.

“We know we have the best attack among all the teams. Batsmen have to take responsibility,” he said.