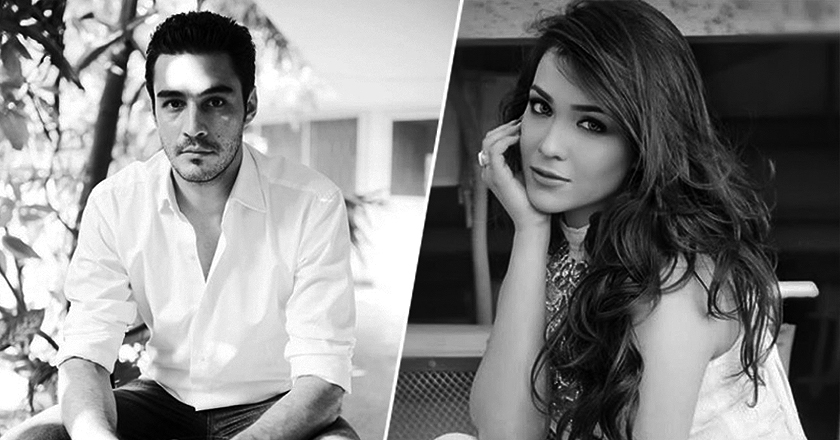 Dekh Magar Pyar Sey is to be released this August 2015.

Claimed to be one of Pakistan’s hottest bachelors, budding entrepreneur Sikandar Rizvi, grandson of the ‘Malika-e-Tarannum’ Noor Jehan will be seen on the silver screen in the movie ‘Dekh Magar Pyar Sey’.

Sharing the screen with him will be none other than the sultry and stunning, Humaima Malik.

Slated for a 2015 release, #DMPS is set to begin production from April 2015 and is directed by Asad-ul-Haq himself, marking his cinematic debut as a director, with Shiny Toy Guns producing, financing and developing their debut venture completely in-house.

Originally based out of Singapore and recently launched in Pakistan, Shiny Toy Guns endeavours to create and to provide a platform to launch and support talent related to art of filmmaking and motion pictures, be it directors, actors, producers or writers.

STG have further roped in the iconic Saima Rashid Bargfrede as the motion picture’s Official Styling Partner along with Pakistan’s leading design house, HSY and fashion designer Hassan Sheheryar Yasin as the Creative and Fashion Design Director for #DMPS, a collaborative association which is unique to Pakistani cinema.

“Dekh Magar Pyaar Say’ is based in the cultural capital of Pakistan and will be featuring a spanking brand new outlook on the traditional romantic movie, one that is filled with twists, turns, surprises and everything in between, all the while debunking established cliches associated with the romance genre,”Asad-ul-Haq said in an interview.

See the official poster of DPMS below:

The owner of Karachi’s popular eating spot Xander’s, Sikander will be seen romancing the Rani of “Raja Natwarial” in the love story set in Lahore.

“I never wanted to work in films even though I have always been surrounded by the film stars,” says Sikander in interview to Mumbai Mirror.

Apparently the movie was first offered to Pakistan’s favorite hero, Fawad Khan but he declined the role. The movie will be released India and Pakistan, along with other global audiences.

“I hope I am accepted with open arms, like the other Pakistani actors who have crossed the border,” says Sikander.

What’s more, the restaurateur will also be making a debut in Shaan’s upcoming movie “Yalghaar”.

With the legendary singer Noor Jehan and the actress Sonya Jehan as his sister, showbiz seems to thrive in his DNA.

Will he able to ignite his magic on the big screen? Let’s wait and watch.

Dekh Magar Pyar Sey is to be released this August 2015.