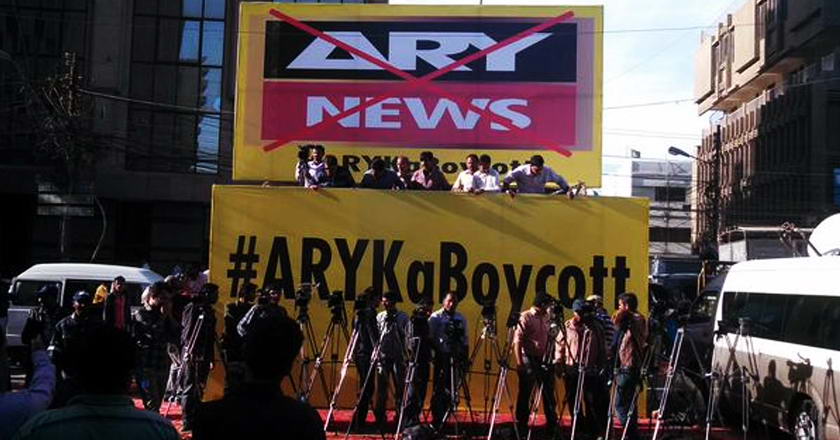 Lucman and his show ‘Khara Sach’ has been getting banned on and off all of last year. But this time, he has been banned for lifetime.

What with making Lucman and his show outlaws, insinuating the ban on ARY News, PEMRA has had a busy week indeed.

The latest on Twitter is the protest against ARY News.

Some are completely in favor for the protest and the ban on ARY News.

T.v Channel owners making billions everyday & we are losing our all values day by day !!! #JawabDoPEMRA

Some support the outspoken TV host and ARY.

You have enemies? Good. That means you’ve stood up for something, sometime in your life – Churchill @mubasherlucman

@mubasherlucman wow means they give you this much importance. This is a proof of your popularity…

Stay tuned to BrandSynario for more.