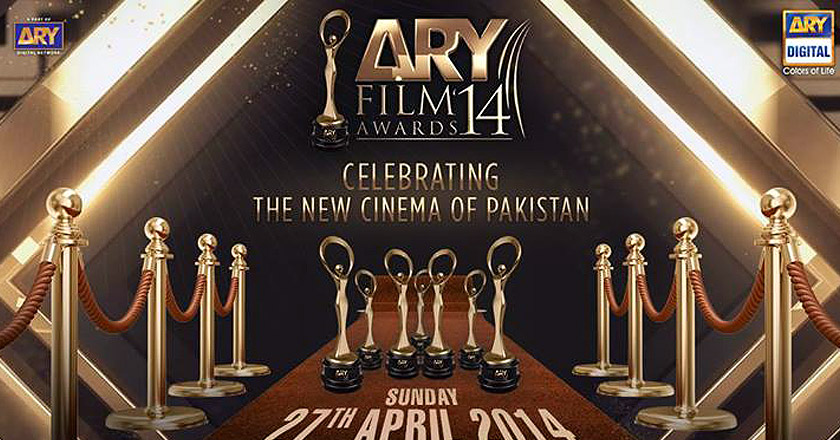 Pakistan’s leading television network, ARY is all geared up to host its first ever Award show on April 27th, 2014.

ARY Film Awards is an initiative of ARY Digital Network to acknowledge and celebrate the new reviving cinema of Pakistan. The award aims to provide a platform that will appreciate the budding talent of Pakistani cinema.

The nominations have not been announced yet but hopes are that Waar, Zinda Bhaag and Main Hun Shahid Afridi will dominate the nomination list.

The award ceremony will also include the announcement of classic Bollywood movie, Arth’s remake.