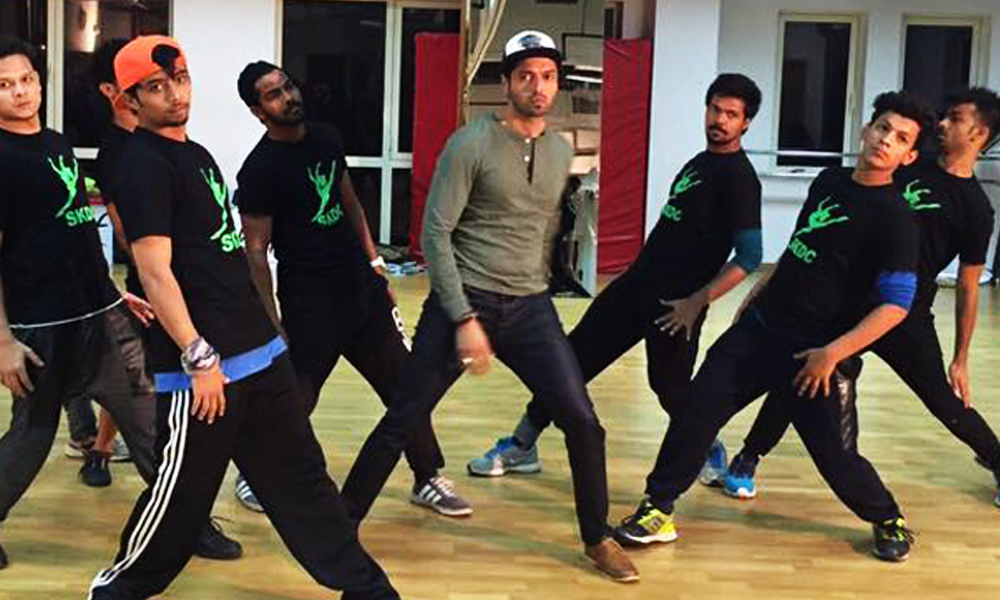 With less than a week left for the ARY Film Awards, the stage has been set and all our beloved Pakistani celebrities are gearing up to make the event one of the most memorable ever. Most of them have already left for Dubai where the show will be held and are busy with the rehearsals and other final touches.

We have been faithfully following all these celebrities for the exclusive behind the scenes that they have been sharing on their social media profiles.

Here are some fun and interesting moments we came across.

From the looks of things it seems Faysal Quraishi is finalizing his big dance sequence that will surely keep the audience entertained. We cannot wait to see the final performance.

Another fun rehearsal video shows Ahmed Ali Butt n Vasay Chaudhry getting their game on as Mehwish Hayat looks on. If the rehearsal is so enjoyable, one can only wonder what the live show would be like.

Fahad Mustafa who will be the host for the award show is constantly updating his Facebook page with exclusive behind the scene images of the star hanging out with other celebrities.

Mahira Khan arrived in Dubai for the awards.

Mehwish Hayat shared a picture of her enroute to Dubai, clearly having fun during her flight.

Sabeeka Imam shared this update on her Twitter page of arriving in Dubai on April 10th.

Sanam Chauhdry shared a cute makeup free selfie while waiting to board her flight to Dubai.