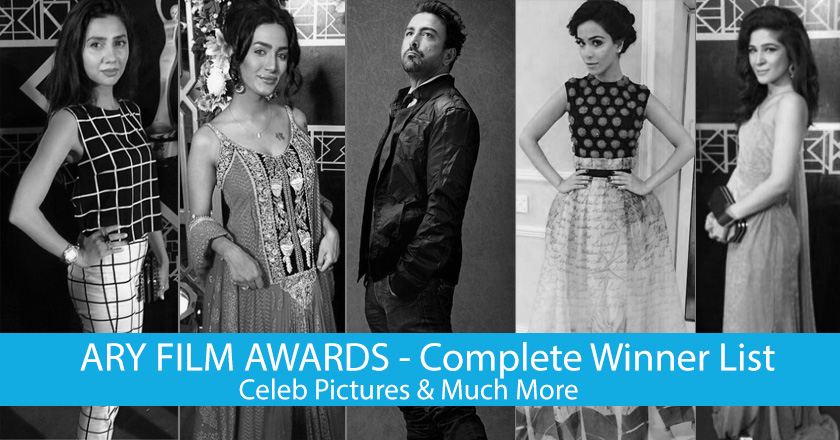 Undoubtedly the last couple of years were by-far the best in Lollywood – with movies like Waar, MHSA and Zinda Bhaag following the legacy of Khuda Kay Liye and Bol.

Also a proud moment for Pakistani cinema was the Oscar Sharmeen Obaid Chinoy brought home, that uplifted the spirits of many Pakistani movie makers.

This event is being considered as the cornerstone of celebrating and restoring the Pakistani Silver Screen. An industry just beginning to recuperate, Pakistani cinema has outperformed in number of ventures – with quite a few much awaited  impressive ventures to come  including; Jalaibee, Operation 021, Kambakh, Delta Foxtrot,  WAAR 2 and   Arth 2, the remake of classic Indian movie, which is to be a joint venture by Shaan Shahid and ARY Films’as disclosed at AFA2014.

With all this in tank for the future, let’s take a look at the not long gone past that celebrated the best in Pakistani Film Industry.

AmmaraHikmat, CEO of Encyclomedia, tweeted quite a lot from ARY Film Awards last night. She along with many others posted picture of Bilal Lashari naming him the man of the hour at #AFA2014.

Take a look at the event pictures below: