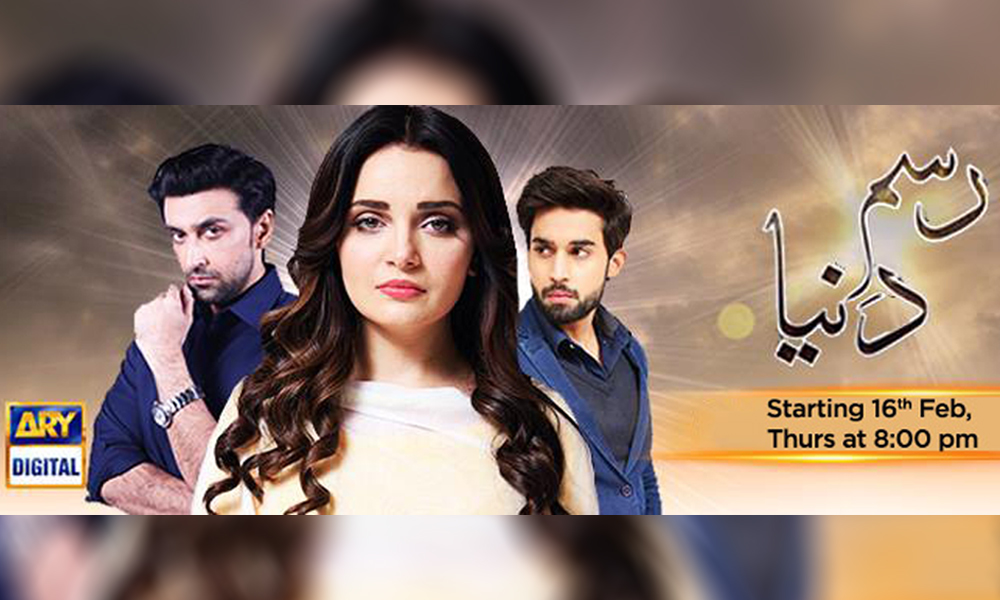 The serial is being produced by Abdullah Seja of iDream Entertainment and will be directed by Roomi Insha. The drama is written by the brilliant Imran Nazir.

Watch the Promo for Rasm-e-Duniya here!

Rasm-e-Duniya will air on ARY Digital every Thursday at 8 pm starting on the 16th of February, 2016.

The drama surely does promise to entertain with a love triangle between the lead actors. Armeena Khan never disappoints with her flawless acting as always.

The starlet has also recently been cast for upcoming British feature-length film The Real Target. Inspired by true events, the movie is based on international secret agents exposing corruption and conspiracy around the world.

Pictures from the sets of Rasm-e-Duniya.

Reema Khan to Return to Lollywood with New Movie ‘Angel Within’