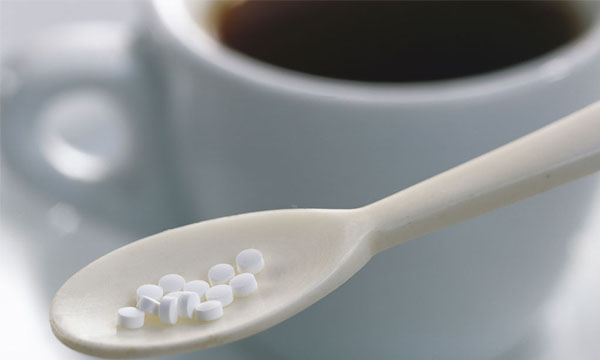 With their zero-calorie content, artificial sweeteners are often recommended as part of a healthy diet for weight loss or controlling diabetes. However, these synthetic sugar substitutes could actually stimulate appetite, leading to increased calorie consumption of up to 30%, according to an Australian study published in the journal “Cell Metabolism.”

A team of researchers from the University of Sydney has studied the effects of artificial sweeteners on human and animal brains for the first time. Often recommended to dieters looking to limit their sugar intake, the research shines a less favorable light on such products. The scientists exposed fruit flies to diets with high levels of artificial sweeteners for prolonged periods of time (more than five days). They found that the chronic consumption of artificial sweeteners promoted hyperactivity, insomnia, glucose intolerance, a more intense perception of sweetness, and an increase in appetite and in calories consumed.

“We found that inside the brain’s reward centers, sweet sensation is integrated with energy content. When sweetness versus energy is out of balance for a period of time, the brain recalibrates and increases total calories consumed,” said lead researcher Associate Professor Greg Neely. The sweeteners essentially cause the brain to send a message that not enough energy has been consumed, triggering a kind of starvation response that makes food taste even better.

When “regular” sugar is eaten, dopamine is released in the brain and blood sugar levels rise, causing a secondary stimulation to produce dopamine. When eating artificial sweeteners, dopamine produces the initial sensation of pleasure, but the second effect doesn’t occur because sugar-free sweeteners have no impact on blood sugar levels. As a result, the body sends signals requesting more food to compensate.

The same effect was observed in mice.

A previous study, published in 2014 in the American Journal of Public Health, found that people who were overweight or obese ate more when they drank artificially sweetened “diet” drinks. This kind of drink was linked to increased energy intake ranging from 88kcal per day for overweight participants to 194 kcal for obese participants.

The study was published in the journal “Cell Metabolism.”