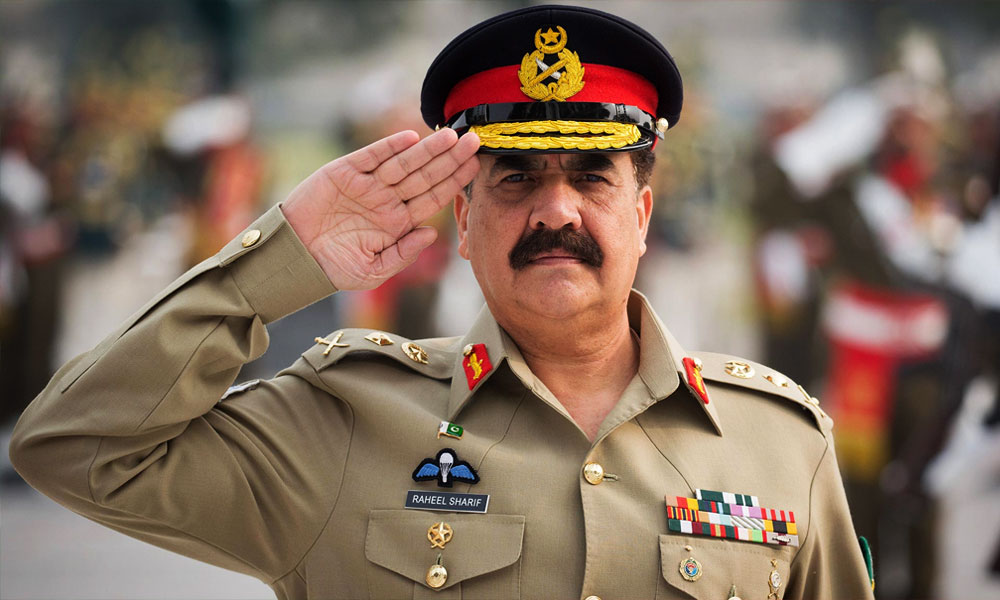 Pakistan seems to be heartbroken, sobbing, and in disbelief as Pakistan Army announced General Raheel Sharif has kicked off his farewell visits to various army units before his retirement on November 29. This news comes as a shock to hundreds of thousands of Pakistanis around the nation who chant #ThankyouRaheelSharif from the bottom of their hearts.

“The COAS (Chief of Army Staff) kicks off his farewell visits beginning from Lahore today,” Military spokesman Lt Gen Asim Saleem Bajwa said yesterday on November 21st. Bajwa said General Raheel met troops and addressed the gathering of soldiers belonging to the Pakistan Army and Rangers at (Lahore) Garrison.“General Raheel said accomplishment of peace and stability was no ordinary task. Our sacrifices and joint national resolve helped us in off-setting all odds against the country,” he added. 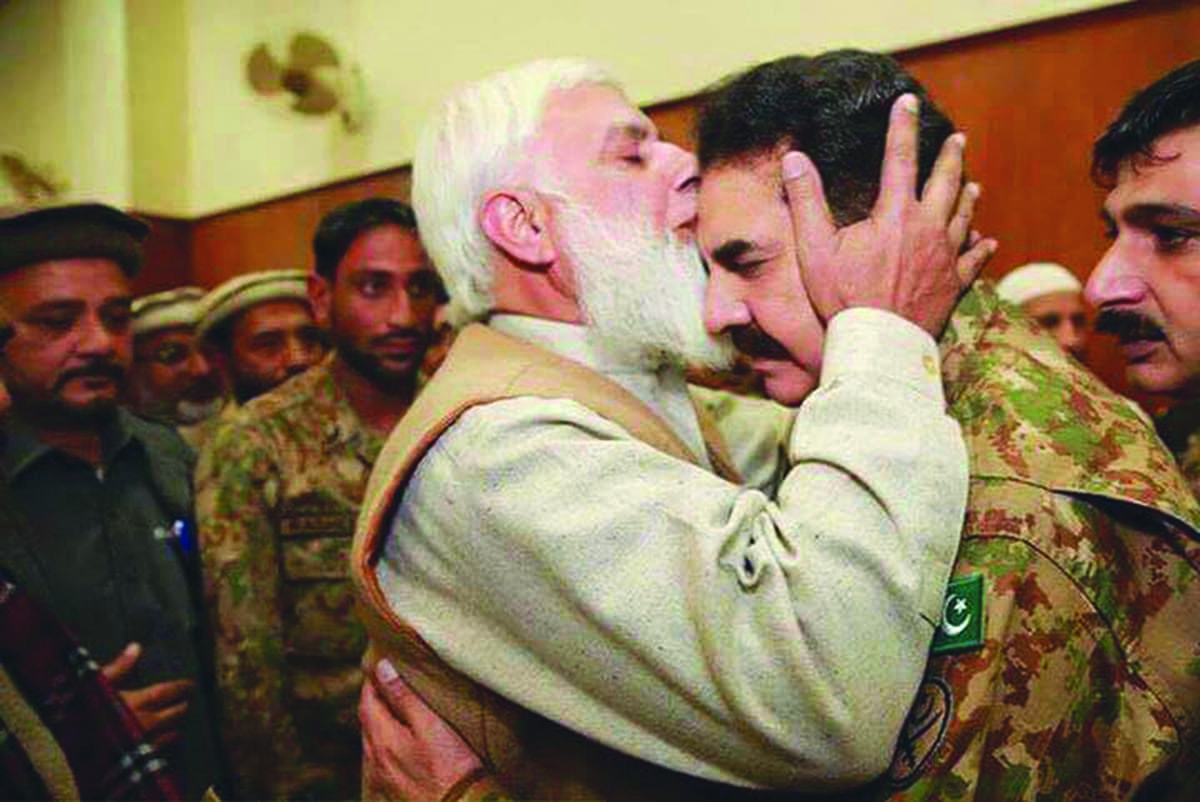 However, Supreme Court has been asked to order conferring the title of ‘Field Marshal’ on Army Chief Gen Raheel Sharif for rendering services, so that he can continue to render his services for the beloved nation, by safeguarding its frontier. According to Dawn, The petition is an appeal moved by Sardar Adnan Saleem Khan Mazari — an executive member of the District Bar Association Rawalpindi — against the Oct 18 judgement of the Lahore High Court Rawalpindi bench which had rejected the same plea.

“It is a universal and divine law that whosoever rendered his services for the nation and humanity at a larger scale in an extraordinary, exemplary and selfless manner should be elevated to the highest level of the military hierarchy,” the appeal read.

While the news of Gen. Raheel Sharif is overwhelming the hearts of many, Pakistanis stormed to Twitter to tell the world how proud they are of him and how devastated they are because of him leaving.

@RaheelCOAS Hats off to you, a real Hero for every Pakistani, man woman or child, however, Pakistan still needs you :'( Please Stay </3

#RaheelSharif set an example of honesty, bravery and has shown that one honest leader can change the fate of Pakistan and its people

Army or Civilians, Gen #RaheelSharif, you have taught us all a lesson, A lesson to leave behind a legacy to carry forward. #COAS #PakArmy

#ArmyChief #RaheelSharif proved to be a man of vertical depth and grace. Set very high standards for the successors.

#ArmyChief Gen #RaheelSharif we are still not ready for your fare well… :'( Pak needs you more than before…

#ArmyChief Gen #RaheelSharif fulfilled the promises he made to the nation. #COAS is leaving behind a legacy for generations to be proud of. pic.twitter.com/mFBGrR0KdR

#ArmyChief Gen #RaheelSharif proved to be a man of his words.Despite all speculations, he stick to his promise. #Pakistan's most popular fig

#RaheelSharif is going to unfinished his work. He must stay untill fulfill his promise . https://t.co/ZzGkSI0ekx

It's not good time for #RaheelSharif to go bcz tensions with India is at pick, we need an army chief like #RaheelSharif now,@defencepk

He came, he fought and he conquered. #armychief #COAS #RaheelSharif pic.twitter.com/pY4vGr6ek2

IDEAS 2016- The International Defence Exhibition and Seminar: All You Need to Know!