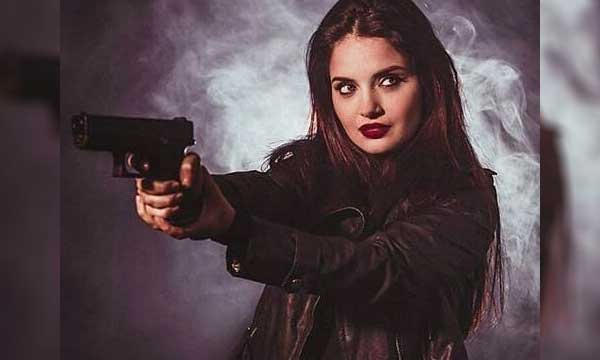 Armeena Rana Khan is climbing the ladder of success higher and higher every passing day! The latest buzz is that she has achieved a massive feat by bagging a role in an upcoming British movie, The Real Target!

She is truly rocking the secret double agent avatar!

While this is not her first project in Britan’s entertainment industry, The Real Target is surely the biggest of all.

Rana will be seen in an action-packed avatar of a Canadain double agent, Agent Wilson. Apparently, we will be seeing her busting moves and fight crime as she flies to London in the movie for a deadly mission.

Ladies and Gentleman. I am proud to announce my next Feature Film #TheRealTarget.

The best part is that she has been trained in Kung Fu by the world-class trainer, Master Wong!

The movie will be directed by David Cheung . The Pakistani starlet will be seen with international superstars like Wayne Gordon and Yolanda Lynes.

Watch the trailer of the movie here!

We are super excited to see Armeena Rana Khan in this power-packed avatar! She never fails to bag the spotlight and make head turns wherever she goes.

Even Reham Khan took to Twitter to congratulate the star.

She will also be seen in the upcoming British movie, The Achilles Protocol!

More power to the Janaan girl!